Just hours after a gunman fatally shot 10 people in Boulder, Colorado, Sen. Chris Murphy (D-CT) called for swift action on gun control legislation, saying that now is “the moment to make our stand.”

“This is the moment to make our stand. NOW,” Murphy wrote in a tweet Monday night.

“Today, our movement is stronger than the gun lobby. They are weak. We are potent. Finally, a President and a Congress that supports gun reform. No more Newtowns. No more Parklands. No more Boulders. Now – we make our stand,” the Connecticut Democrat added.

Just before 5 p.m. EST on Monday, a gunman opened fire in a King Soopers grocery store in Boulder, killing 10. Authorities have arrested one suspect, but the investigation will take several days, police said.

The shooting comes less than a week after another gunman shot and killed eight people at three massage parlors in the Atlanta area last week. A 21-year-old male suspect is also in custody in that case.

Earlier this month, Murphy reintroduced legislation to require federal background checks for all gun purchases, a proposal that made little progress while Republicans controlled the Senate.

The Background Check Expansion Act, co-sponsored by 43 Senate Democrats, would require unlicensed or private sellers to conduct a background check on the purchaser before selling them a firearm, including those selling online, at gun shows, and out of homes.

“Joe Biden and hundreds of congressional candidates from both parties ran on the issue of background checks. This is the year to get this bill passed into law,” Murphy said in a statement accompanying his reintroduction of the bill.

President Joe Biden campaigned on enacting universal background check legislation as well as closing loopholes that allow ineligible individuals to purchase firearms. With Democrats now in control of both chambers of Congress, the party hopes to see some legislative movement on gun control in the near future.

Senate Majority Leader Chuck Schumer (D-NY) said this month that Democrats now have an “opportunity to act” on background check legislation after years of such bills being dead on arrival to the Senate.

“For years, this bipartisan House-passed background checks bill languished in the Senate under Republican Leader Mitch McConnell. Now, with Senate Democrats in the Majority, we have the opportunity to act on this overwhelmingly popular, lifesaving legislation to protect American communities,” Schumer said in a statement.

Republican lawmakers have pointed out that universal background check legislation would not have prevented many of the recent mass shootings in the U.S., including the Parkland school shooting in February 2018 that killed 17 students and staff. Texas Republican Sen. John Cornyn noted that the shooters in both the Dayton and the El Paso shootings both passed background checks.

Enforcement of universal background checks would also be nearly impossible, critics say, since a criminal who wants a gun in order to commit a crime is less likely to submit to a background check or comply with other legal requirements such as even registering the gun. 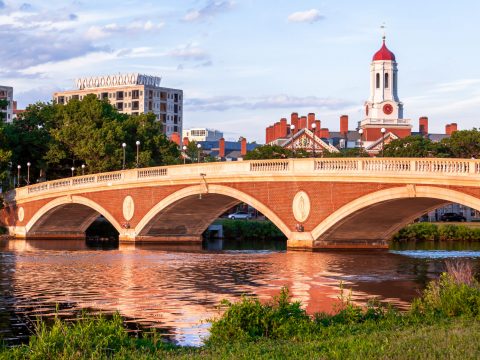 0 61
Harvard Study Admits It: Conservatives Were Right All Along

0 4
Marine being investigated for speaking at Save America Rally