Senate Minority Leader Mitch McConnell (R-Ky.) said Joe Biden lied about the advice he received on keeping troops in Afghanistan. Speaking from the Senate floor on Wednesday, McConnell said Biden “gave our enemies in Afghanistan everything they wanted and got less than nothing in return.”

This comes as Biden has come under fire for publicly misstating the guidance he was given from top generals and rejecting their best military counsel. U.S. Central Command Gen. Frank McKenzie reportedly told Biden to keep 2,500 troops in Afghanistan. Although, Biden has continued to claim he never received such advice.

“These top generals gave President Biden exactly the advice the President told the American people he had not received,” said McConnell from the Senate floor.

The consequences of the Biden Administration’s hasty retreat from Afghanistan were not just foreseeable. They were foreseen. And yet on this President’s watch, we left Americans and vulnerable Afghans behind.

McConnell added the U.S. is now facing a greater terrorist threat from Afghanistan. He noted “we have less intelligence about that growing threat” and fewer tools with which to combat it. 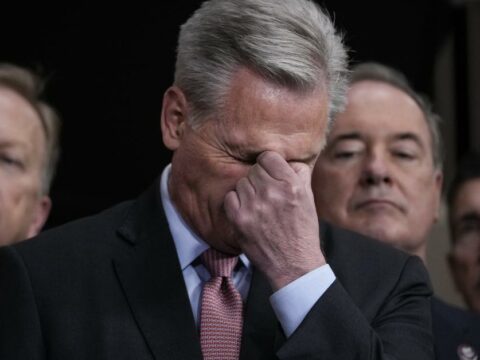