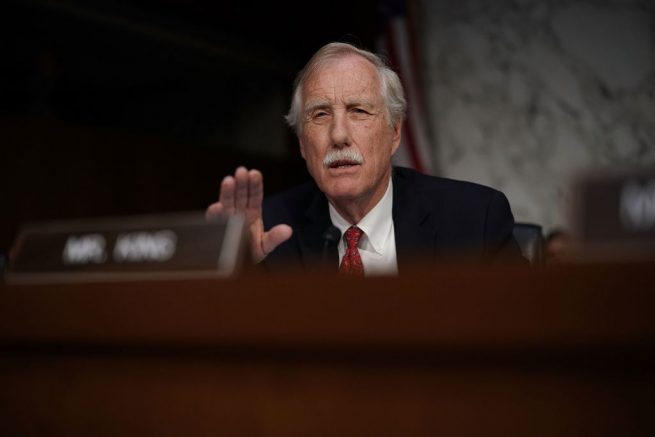 Independent Sen. Angus King (Maine) touts America’s electric vehicle capabilities. During an interview with Axios on Tuesday, King said EV companies would be able to recycle batteries within the next five years.

King said the issue of EV independence isn’t only an environmental issue, but a national security issue as well. He added right now the U.S. is over-dependent on supply chains with China when it comes to EV technology.

“You don’t have to have much imagination to say okay, we get to a significant penetration of EV and then suddenly we get into some kind of conflict with China and they say, no more rare-earth minerals, no more cobalt, no more things you need for batteries. Lithium, and we’re in a really bad place,” said King. “So, as I say, there’s a very important national security aspect to this and it’s a matter of stimulating and developing the domestic industry.”

Energy storage is the key to unlocking our clean energy future, including the potential of electric vehicles. Good discussion with @JoannMuller of @Axios on the need to invest in batteries and prioritize recycling to maximize all resources at our disposal. https://t.co/xtHEQpHisx

Sen. King went on to promote a provision of the bipartisan infrastructure bill that he says would help American companies develop their EV’s even better.