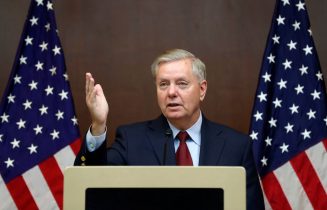 In a series of Tweets Friday, Graham said, “if reconciliation is chosen as the COVID legislative vehicle, it will make the inaugural speech by Biden ring very hollow.”

If reconciliation is chosen as the COVID legislative vehicle, it will make the Inaugural speech by President @JoeBiden ring very hollow. https://t.co/OegiWrzRc5

Graham’s comments came as multiple Senate Democrats floated the idea of using the reconciliation process to pass the major spending bill with a narrow majority vote and without GOP support.

It would take effort, but apparently very little effort is being shown by the Biden Administration when it comes to bipartisanship on COVID relief.

Graham added it would take effort to pass a compromise deal, but Biden has shown very little bipartisan effort regarding stimulus. Meanwhile, the White House continues to preach “unity” publicly, but refuses to back it up behind the scenes.

“According to a Monmouth Poll released Wednesday, 71 percent of the American people want Republicans in Congress to work with President Biden,” White House Press Secretary Jen Psaki said. “That number’s up nearly 10 points from right after the election meaning the trend of support for working in a bipartisan manner with the President is only growing.”

Sen. Graham suggested starting with the bipartisan Problem Solvers Caucus’ $900 billion relief bill and then negotiating from there.