Little signed an order in April banning vaccine passports, ordering that no government entity could ask for proof of vaccination in order for citizens to use facilities or receive public services.

McGeachin then announced Tuesday she “fixed” the original order to include K-12 schools and universities.

“Today, as Acting Governor, I fixed Gov. Little’s Executive Order on ‘vaccine passports’ to make sure that K-12 schools and universities cannot require vaccinations OR require mandatory testing. I will continue to fight for your individual liberty!”

Today, as Acting Governor, I fixed Gov. Little’s Executive Order on “vaccine passports” to make sure that K-12 schools and universities cannot require vaccinations OR require mandatory testing. I will continue to fight for your individual Liberty! #idpol pic.twitter.com/Jz87jfZaWc

Little responded almost immediately, saying he would be “rescinding and reversing any actions” taken by McGeachin upon his return from the southern border.

I will be rescinding and reversing any actions taken by the Lt. Governor when I return. pic.twitter.com/iBuQqX1R5i

Little alleged McGeachin also tried to activate and send the Idaho National Guard to the southern border to address the growing crisis.

“Attempting to deploy our National Guard for political grandstanding is an affront to the Idaho constitution and insults the men and women who have dedicated their life to serving our state and the country,” Little said.

In Idaho, the governor and lieutenant governor are elected separately. Both McGeachin and Little are running for governor in 2022.

This isn’t the first time McGeachin has tried to issue executive orders while Little is out of town. (RELATED: Hundreds Of Anti-Biden Protesters Gather As President Visits Idaho)

McGeachin took it upon herself in May to ban mask mandates while Little was unaware and out of state. McGeachin issued an executive order banning state and local governments, including public schools, from implementing a mask mandate.

Little was unaware of McGeachin’s plans to do so, CNN reported at the time.

The two also clashed during the beginning of the pandemic after Little issued a stay-at-home order in March of 2020 that expired in April. Little then reopened the state in a four-stage process.

McGeachin wrote in an op-ed, however, that she lost “sleep at night because the heavy hand of our government is hurting so many Idahoans.” 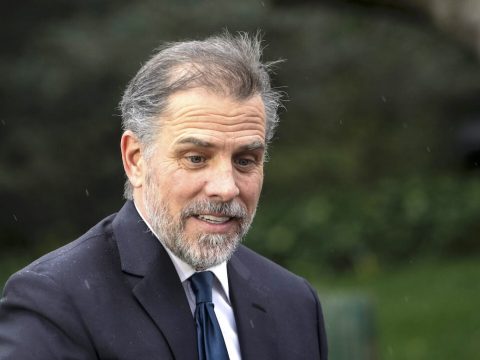