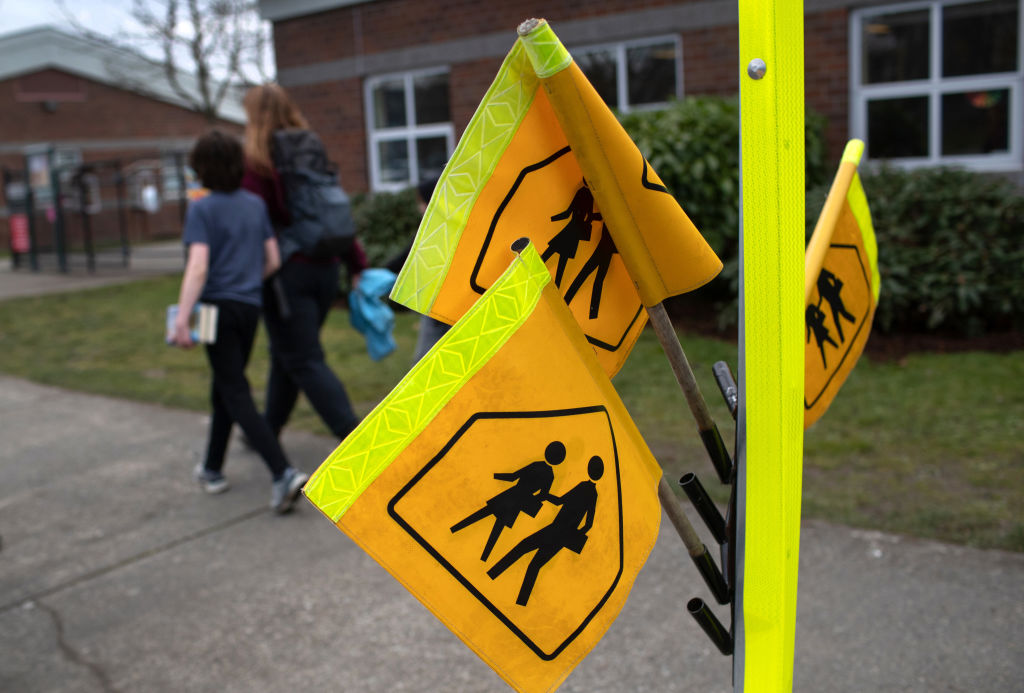 Seattle parents are worried about their children’s safety after learning that kids will return to in-classroom learning at buildings where homeless encampments have spilled on to school property, but the Seattle School District says the situation provides the opportunity for a “teachable” moment about “compassion.”

“As students at Seattle Public Schools start to return for in-person learning following the onset of the COVID-19 crisis, the district continues to grapple with the presence of two homeless encampments that have taken root on a pair of the district’s campuses,” Seattle’s local news outlet KOMO reported last week.

“The presence of the encampments at Broadview Thomson K-8, located at 13052 Greenwood Ave., and Edmond S. Meany Middle School, located at 201 21st Ave., has stirred concern among parents and residents who live in the area,” the outlet noted further. “They are outraged that students will be back in class Monday and the district has not yet resolved what they describe as a dangerous problem.”

According to the Washington Examiner, parents are concerned the camp is now “out of control” and dangerous for children to play near. They “are worried about safety and say their children, some as young as 5, are too scared to go in. Others are playing near the edge of the encampment, stepping on condom wrappers, broken bottles, and trash.”

“I knew it had gotten bad, but I didn’t realize how out of control it was,”  one parent told local media, per the Examiner. “To have my daughter running around — not to pass judgment but usually with homeless encampments, there are drugs which mean needles.”

“I get it, homelessness is out of control,” the parent added. “But now, it’s crossing the line with our kids.”

Seattle Mayor Jenny Durkan told parents, in early April, that the city is open to working with Seattle Public Schools to move the camp, but the decision to make the change is up to the school district, and they want the camp to stay.

“They are a separate government,” Durkin said. “They are just like the state Department of Transportation or the city of Auburn … They are a governmental entity that owns its own property. They are like other property owners in the city of Seattle in that there’s legal steps that they would have to go through.”

The district said, in a statement earlier in April that it was “working in partnership with the City of Seattle to support community members residing at the encampment near Meany Middle School” and that they are “committed to working in partnership to address it together and do so in a compassionate way.”

More recently, though, Seattle School Board President Chandra Hampson and Director Zachary DeWolf “demanded” that law enforcement sweeps of the area “never occur” and called the presence of the camp a “teachable” moment.

“Our students deserve to see the adults behave compassionately and responsibly in the face of a tragically mounting homelessness crisis,” the pair said in a joint statement, echoing sentiments expressed in private emails obtained by Seattle reporter Jason Rantz in a Freedom of Information Act request. “Sweeps are not a form of compassion nor do they demonstrate responsible adult behavior. In fact, they are decidedly inhumane and irresponsibly set people struggling with homelessness further into the margins.”

Parents, however, see the situation differently.

“When they say we will never ever ever remove these encampments because our children deserve to see adults treating people with compassion, that’s where I’m like, we have totally different definitions of compassion,” a parent told the Examiner. “Compassion to me is not putting your kids in the middle of a dangerous place. And at the same time, compassion isn’t just letting (the homeless) stay there and languish. There are rats, trash. They are unbelievable conditions.”

The situation is currently at an “impasse,” key players told the outlet.

“You question the judgment of those in charge of keeping your children safe,” one parent of an elementary schooler told KOMO. “I am calling on the school board to allow Mayor Jenny Durkan to take care of these encampments as she has in the past, which would be to offer services and then guide campers out of the park and let children return to school.”

.....Continue  at The Daily Wire, Seattle School District Claims ‘Out Of Control’ Homeless Encampment On School Property Is A ‘Teachable’ Moment