On Wednesday, the Supreme Court heard arguments regarding a New York gun law, potentially paving the way for a decision in favor of Second Amendment rights.

As reported by The Wall Street Journal, “During two hours of oral arguments, the court was receptive to claims from gun owners that New York abrogated the Second Amendment with its 1911 law conditioning concealed-weapons licenses on ‘good moral character’ and ‘proper cause.’”

“Less clear was what limits on weapons access the court would let lawmakers impose. Supreme Court precedent allows reasonable regulation of gun rights, but to date the court has provided little clarity beyond affirming restrictions on sensitive places such as schools and courthouses,” the outlet noted.

Supporters of gun rights state that their Second Amendment rights are weakened by the process in New York for giving out concealed-weapons licenses.

Paul Clement, the representative for petitioners Robert Nash, Brandon Koch, and the New York State Rifle and Pistol Association said, “In a country with the Second Amendment as a fundamental right, simply having more firearms cannot be a problem.”

He added that the founders imagined a place where “individuals get to make their decision about whether or not they want to carry a firearm outside the home for self-defense.”

“The problem with [permissive concealed-weapons laws] is that they multiply the number of firearms that are being carried in very densely populated places,” New York’s lawyer, state Solicitor General Barbara Underwood, said to the court. “Without assuming any ill intent on the part of the carriers of weapons, they greatly proliferate the likelihood that mistakes will be made, fights will break out, guns will be sold.”

Clement also pushed for a comparison of his client’s request for a concealed carry permit to the method of getting a license to hunt.

“One way to think about it is we’re asking that the regime work the same way for self-defense as it does for hunting,” Clement said.

“And the difference of course, you have a concealed weapon to go hunting, you’re out with an intent to shoot say a deer or 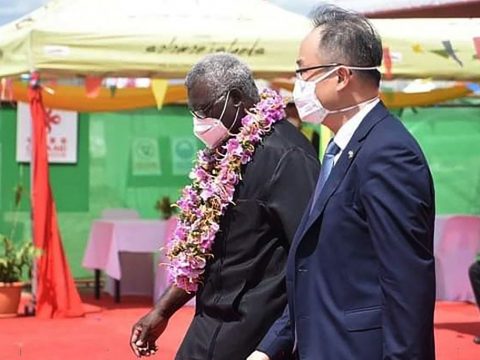