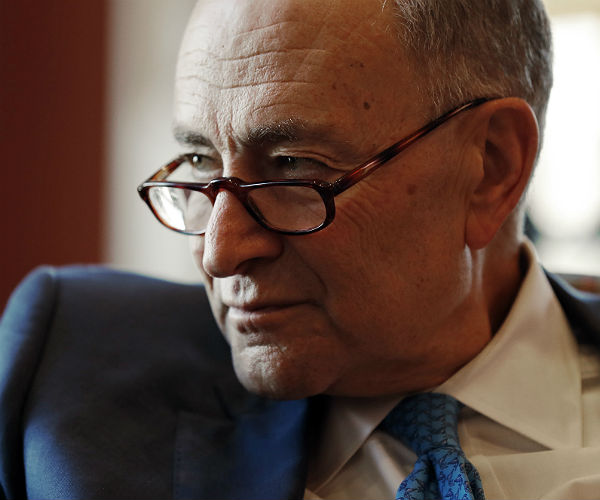 Senate Majority Leader Chuck Schumer, D-N.Y., told The Hill Tuesday that he is ready to move the proposed infrastructure bill through the Senate in July, with or without Republicans.

“The bottom line is very simple, that it has always been our plan regardless of the vehicle to work on an infrastructure bill in July,” Schumer said. “And that’s our plan, to move forward in July.”

While talks between the White House and GOP negotiators have apparently stalled for the moment, Schumer did not rule out using the budget reconciliation process to push the major spending bill through the Senate without Republican support.

That is the same process Democrats used with President Joe Biden’s $1.9 trillion American Rescue Plan earlier this year to get the legislation through Congress and to Biden’s desk.

The original version of the infrastructure bill came in at $2.3 trillion and was designed by the Biden White House as “an investment in America that will create millions of good jobs, rebuild our country’s infrastructure, and position the United States to out-compete China,” according to a March 31 fact sheet on the bill from the White House.

Republicans balked at the price tag and said the bill goes well beyond fixing America’s roads, bridges, and tunnels.

According to a story in Forbes, Democrats are operating under a much broader definition of infrastructure that also includes building charging stations for electric cars and providing child and elder care.

In addition, the Democrats version of the bill would eliminate the 2017 Trump tax cuts and increase the corporate tax rate to 28 percent.

In the White House document, increasing taxes, especially on corporations would pay for the spending in eight years.

Senate Minority Leader Mitch McConnell, R-Ky., has said that eliminating the Trump tax cuts and increasing the corporate rate are not anything Republicans could support.

Friday, the White House offered to cut some $500 billion from the plan, bringing the cost down to about $1.7 trillion.

Tuesday, White House Press Secretary Jen Psaki said that Biden was heavily involved in the cuts on that end.

The ball is now in the Republican’s court and a counteroffer is expected to come out from that side of the aisle on Thursday.

First seen at © Breitbart, Schumer: Infrastructure Bill to Move Through Senate in July, With or Without GOP

0 466
McConnell Responds To Biden’s Infrastructure Plan: ‘Not Going To Get Support From Our Side’