A school principal accused of crimes against a child jumped to his death at Disneyland late last week and blamed his suicide on the upcoming court battle.

The Los Angeles Daily News identified the man as 51-year-old Christopher Christensen, who served as the principal of Huntington Beach elementary schools for 22 years.

Christensen was scheduled to appear in court this week for a pre-trial hearing for child endangerment and battery charges, both misdemeanor charges.

The New York Post reported that Christensen was the son of famed Disney theme parks music director James “Jim” Christensen, who passed away in 2020 at age 84.

TIRED OF THE LEGACY MEDIA’S BIAS CONTROLLING THE NARRATIVE AND OBSCURING THE TRUTH? JOIN US.

Christensen explained in a note what allegedly happened that led to the charges and how the charges led to his decision to end his life at Disneyland.

“I hate when people leave this Earth with so many unanswered questions,” he began in a note that included pictures of his wife Marlena. “Most of you don’t know this but we privately married 3 ½ years ago. Marlena and I love and adore each other and our relationship has been amazing…up until recently.”

“Unfortunately, two weeks ago she and I got into a heated argument at home in front of the girls,” the note continued. “Tempers were flared and strong words were exchanged between us. However, never in this exchange did I hit, slap, or hurt Marlena in any manner. Nor did I ever touch the girls (I never have and never will). I love the girls like my own and they know that, as does everyone else who truly knows me. Unfortunately, Marlena’s anger got the best of her that night and she called the police, which landed me in jail that night. Yes, me! A man who has never hit or harmed ANYONE in his life! I think it’s safe to say that Marlena truly regrets making that call, because the events of that night have completely unraveled both of our lives.”

“I am on the brink of losing my job, as I am out on administrative leave until my case is ‘resolved,’” Christensen continued. “However, the legal system is extremely flawed (especially against men/fathers) and it’s sickening how quickly and easily an innocent man can be thrown in jail based on zero evidence or proof!”

Christensen said that he saw messages that his wife sent to one of her friends in which she allegedly “had no intention on having that night come this far.”

“She knows I would never hurt her or the girls and she, too, has been trying to clear my name with little success,” he continued. “Again, the legal system is deeply flawed, to say the least! So, here I am…writing my final FB post to all of you. I need you all to know that a gentle, kind, loving and sincerely good man has been destroyed by one unfortunate night. It really is unfortunate! This is NOT me! This is NOT something that I ever thought would happen to me. With all of this said, I have truly loved educating and leading thousands of students and families as a principal in FVSD for the past 21+ years.”

“Please, please, please be kind to one another! Treat each other with kindness and grace,” he later added. “There is too much anger in the world and people need to start treating each other better. What I’ve shared with you above is a prime example of how ‘anger’ can really have long-lasting and extremely damaging effects on a person’s life.”

If you or someone you know is struggling or thinking of harming themselves, please call or text the 988 Suicide & Crisis Lifeline at 988.

All copyrights and legal uses attributed to content are located at the article origination: © Daily Wire, School Principal Accused Of Crimes Against Children Jumps To Death At Disneyland, Leaves Behind Note

0 84
How Woke, Anti-Trump Messaging Is Tripping Up Oscar Hopefuls 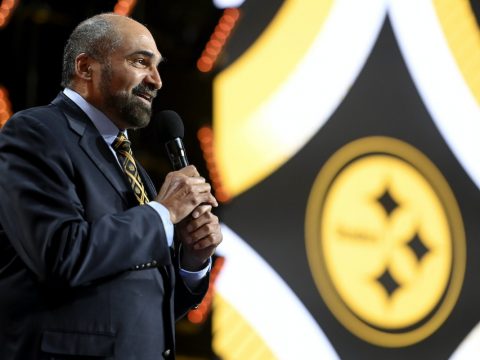