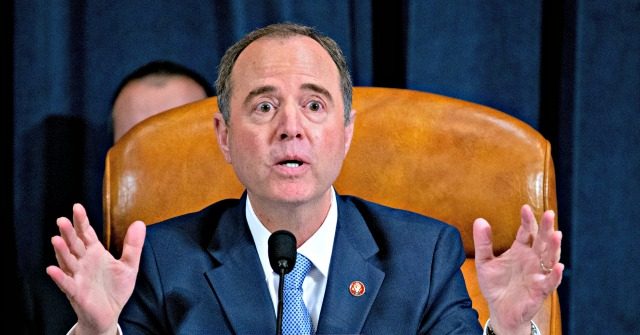 House Intelligence Committee Chairman Adam Schiff’s (D-CA) office said it would be “catastrophic” if Republicans take the House in 2022 and remove him from the intelligence committee, as Minority Leader Kevin McCarthy (R-CA) told Breitbart News he would do in an exclusive interview published Monday.

Schiff spokesperson Lauren French responded in a statement to Politico:

It is always difficult to take Kevin McCarthy seriously. Nevertheless, allowing McCarty to get anywhere near the Speaker’s gavel would be catastrophic — not just because of his propensity for falsehoods and smears, but because he will exist solely to do Donald Trump’s bidding — even potentially overturning the 2024 results.

“… he will exist solely to do Donald Trump’s bidding — even potentially overturning the 2024 results.” (2/2)

Schiff infamously spent years promising evidence that former President Donald Trump had colluded with Russia to win the 2016 elections, but never produced it. A years-long, multimillion dollar special counsel investigation led by Robert Mueller also confirmed there was no evidence of a conspiracy by Trump or his campaign to collude with Russia on the election. Schiff has never retracted his claims.

McCarthy also said in the exclusive interview with Breitbart News Washington Bureau Chief Matthew Boyle that as speaker of the House, he would strip Rep. Eric Swalwell (D-CA) of his assignment on the intelligence committee, as well as Rep. Ilhan Omar (D-MN) of her assignment on the House Foreign Affairs Committee.

McCarthy said Swalwell, who has come under scrutiny for his alleged relationship with a Chinese spy, would not be allowed to serve on the Homeland Security Committee either.

The Republican leader said he would be using the standard House Democrats set when they stripped Reps. Marjorie Taylor Greene (R-GA) and Paul Gosar (R-AZ) of their committee assignments.

“The Democrats have created a new thing where they’re picking and choosing who can be on committees,” McCarthy told Boyle. “Never in the history [of Congress] have you had the majority tell the minority who can be on committee. But this new standard which these Democrats have voted for—if Eric Swalwell cannot get a security clearance in the private sector, there is no reason why he should be given one to be on Intel or Homeland Security. He will not be serving there.” 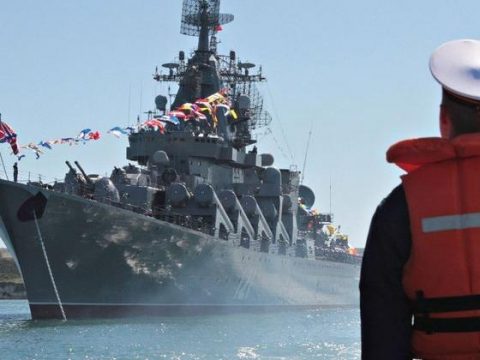