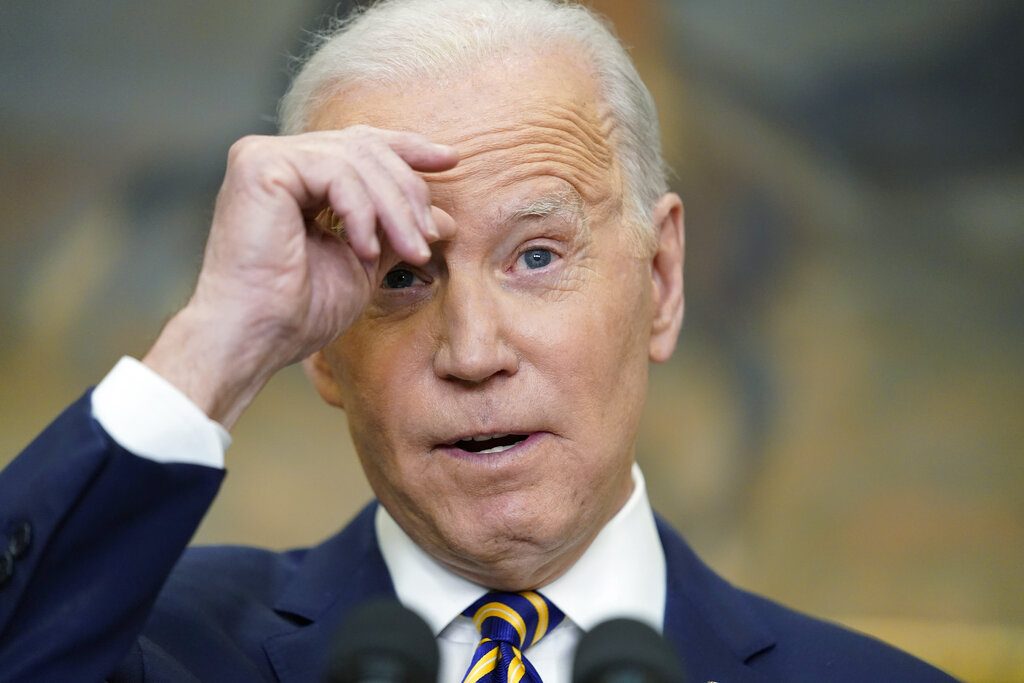 President Joe Biden announces a ban on Russian oil imports, toughening the toll on Russia’s economy in retaliation for its invasion of Ukraine, Tuesday, March 8, 2022, in the Roosevelt Room at the White House in Washington. (AP Photo/Andrew Harnik)

The leaders of Saudi Arabia and United Arab Emirates are reportedly refusing to talk to Joe Biden amid the Ukraine crisis. According to the Wall Street Journal, White House officials tried to arrange phone calls between Biden, Saudi and Emirati leaders. However, those attempts were unsuccessful.

Biden reportedly wanted to ask Saudi Arabia as well as the UAE to produce more oil and to join anti-Russian sanctions, which both those countries have refused to do. Both Saudis and the UAE recently reasserted support for the OPEC-plus agreement with Russia and voiced opposition to Biden’s efforts to restore the nuclear deal with Iran.