The primary for a rare vacancy for Alaska’s only House seat, which was held by Young for 49 years, a large portion of its entire history as a state–attracted dozens of candidates. It was the first election conducted under a new system the state adopted in 2020 that ended party primaries, placing all candidates of any party on the same ballot, known as a jungle primary, and sending the top four candidates to a runoff election.

With about 72% of ballots counted, Palin, the 2008 Republican vice presidential nominee, had 29.8% over the vote. Republican Nick Begich, whose family has been active in Alaska politics for three generations, was next, with 19.3%. Independent Al Gross, a doctor who ran unsuccessfully for Senate in 2020, was third, with 12.5%. In fourth place was Democrat Mary Peltola, a former state representative.

The winners will advance to the August special election, in which the new ranked choice voting process will be used, in which voters will voters to rank candidates in their order of preference. That election’s winner will hold the seat for the remainder of Young’s term ending in January.

Palin rose to national fame in 2008 when Sen. John McCain (AZ), chose her as his running mate, less than two years after she won the Alaska governorship. In Palin’s House race this year, she was endorsed by former President Donald Trump. She goes into the election as perhaps the Alaska Republican with the most name recognition.

But Palin’s success in the general election is far from assured: She has low approval ratings in the state, tied to voter frustration about her early departure midway through her single term as governor in 2009 in what was perceived as an effort to maintain her national profile and political celebrity. Palin was the star of a short-lived reality television show after she left office.

Elections conducted separately will determine who wins the seat for the term beginning next year.

0 32
Ariz. Democrat secy. of state takes heat after running away from reporter 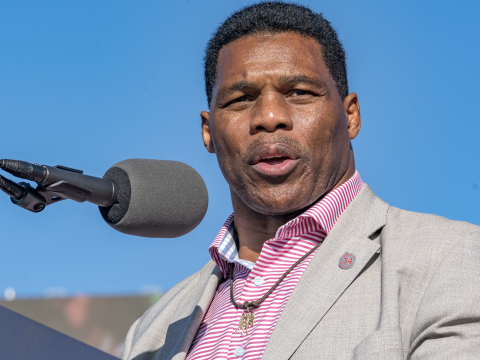