The DA’s office announced that it will begin applying a weight limit threshold of five grams of drugs to prevent drug dealers from being referred to a lower city court system, according to a news release from Jenkins’s office. The new policy also makes additional penalties available against people dealing drugs within 1,000 feet of a school and allows San Francisco prosecutors to ask the court for pre-trial detention in “extreme” fentanyl dealing cases, according to the release.

“The previous administration’s policy had no weight limit threshold, was not adhering to CJC [Community Justice Center] guidelines, and allowed drug dealers, arrested with as much as 500 grams of fentanyl and who had multiple open fentanyl cases, to be referred to CJC,” the DA’s office stated in the release.

The drug overdose crisis is at an all-time high & our criminal justice system requires change to tackle the problem head-on.

I promised San Francisco residents I would work from day one to end open air drug markets & restore public safety.

These changes will do just that.

Jenkins’s office announced it has revoked over 30 open plea offers made by Soros-funded Boudin, who was ousted in a recall campaign in June as a rebuke of his progressive policies. (RELATED: Embattled Left-Wing Prosecutor Chesa Boudin Recalled In San Francisco Election)

His administration did not convict a single person for dealing fentanyl in 2021 and only obtained three drug-dealing convictions during the same time, according to The San Francisco Standard.

Boudin’s office offered one defendant a single misdemeanor to settle six open cases for dealing drugs, including one where the person was arrested with over 100 grams of fentanyl, the news release stated.

Jenkins’s office said the same defendant had been referred to CJC over five times by Boudin’s office “despite failing to complete any of the CJC mandated requirements and violating the terms of a stay away order” from the place police arrested him.

“Since 2020, nearly 1,500 people have died of drug overdose in part because dealers have been allowed to operate with impunity,” Jenkins said in the release. “The lethality of fentanyl presents a different challenge, and we must immediately change course, so we can save lives and hold people accountable for the havoc they are wreaking in our communities. Going forward defendants holding lethal doses of fentanyl will face felony charges.”

The San Francisco District Attorney’s office will seek a felony charge that includes jail time as part of new plea offers for the over 30 revoke ones, the release stated. 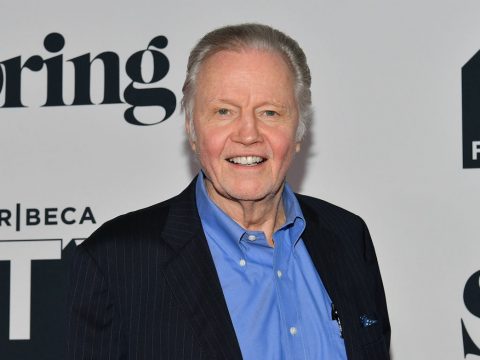 0 19
Jon Voight Sends Message Of Hope After Midterm Losses: ‘A Change Is Coming’