“We were the next on the list,” the couple told AFP in their borrowed flat in Rehovot, a quiet Israeli city 20 kilometres (12 miles) south of Tel Aviv.

Once you’re on the list of alleged “foreign agents”, you face a life of “self-censorship or, sooner or later, prison”, said Bogolyubov, who directed the German-financed 2019 documentary “Town of Glory”.

The film portrays President Vladimir Putin’s use of references related to the fight against Nazi Germany to establish his authority in Russian villages.

As its international isolation has deepened, Moscow has come to view all movies made with foreign financing with suspicion, including documentaries, and the couple said theirs was no exception.

“Over the past few years, we felt threatened. In the past few months in particular, people were spying on us and taking photographs on our film sets,” Shishova-Bogolyubova said.

The couple decided to continue working in Russia but, taking advantage of their Jewish ancestry, they obtained Israeli citizenship just in case.

Israel’s Law of Return gives the right of citizenship to anyone with at least one Jewish grandparent, a criterion that tens of thousands in both Russia and Ukraine meet.

Since Russian troops invaded on February 24, nearly 24,000 Ukrainians have fled to Israel, some but not all taking advantage of the law, according to immigration ministry figures.

They have been joined by around 10,000 Russians, an Israeli immigration official told AFP.

“Most of those are young graduates, from the urban middle class,” the official said, asking not to be identified.

Like the Bogolyubovs, Moscow-born linguist Olga Romanova had prepared for the day when she no longer felt safe in Russia.

Moscow-born linguist Olga Romanova poses for a picture at her son’s home in the Israeli settlement of Maale Adumim in the West Bank on the outskirts of Jerusalem on March 29, 2022. (MENAHEM KAHANA/AFP via Getty Images)

She applied for an Israeli passport after Putin’s annexation of the Crimean Peninsula in 2014.

“I always thought that one day I would join my children in Israel, but it was then that I realised that things were going wrong in Russia,” the 69-year told AFP in her son’s house outside Jerusalem surrounded by photographs of her grandchildren.

When the invasion started on the morning of February 24, “it was proof that I needed to leave as quickly as possible.

“The war in Ukraine is incompatible with my way of thinking and my moral values. It makes me sick,” she said, fighting back the tears.

The wave of immigration from Ukraine and Russia over the past seven weeks is the largest Israel has seen since the early 1990s when the collapse of the Soviet Union prompted hundreds of thousands to seek a new life on the shores of the Mediterranean.

“Here, we feel safe and we can sleep peacefully once more,” said Shishova-Bogolyubova.

“My four-year-old daughter, who is diabetic, is completely taken care of.

“But we don’t know if we will stay — that depends on our work. Right now, we just want to live for the moment and recover from our emotions. Afterwards, we will see.”

A woman holds up an anti-war sign reading in English “stop the war” and in the other hand a cartoon depicting Russia’s president Vladimir Putin as a cockroach being sprayed with insecticide, during a protest against Russia’s military invasion of Ukraine, in Israel’s Mediterranean coastal city of Tel Aviv on March 12, 2022. (JACK GUEZ/AFP via Getty Images)

Sergey, a violinist who asked to be referred to by a pseudonym for fear of retribution, left Moscow for Israel with his pianist wife and three young children but expects to move on.

Even for those who qualify for citizenship, Israel can be a terra incognita for new arrivals and nostalgia for Russia is never far below the surface.

Romanova, the linguist, found space in her 20 kilograms (44 pounds) of luggage for just two books, one an academic work, the other a novel by famed Russian novelist Mikhail Bulgakov which always accompanies her on her travels.

“I lost my country. It was stolen from me. It was taken by Putin and those KGB thugs,” she said wistfully. 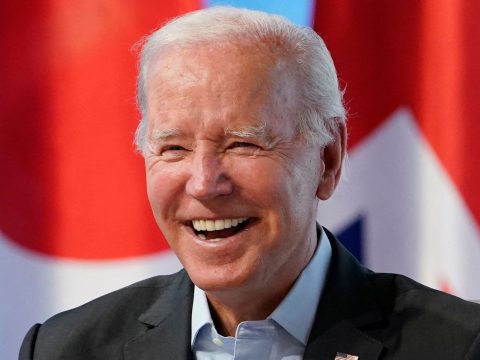 0 77
Biden On How Long It’s ‘Fair To Expect’ Americans To Pay Historic Gas Prices: ‘As Long As It Takes’ To Beat Putin 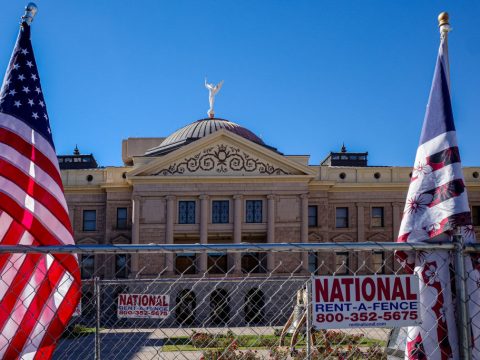 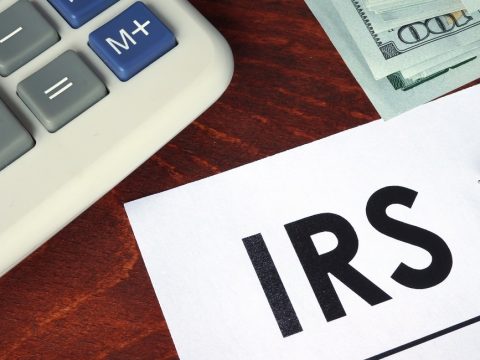