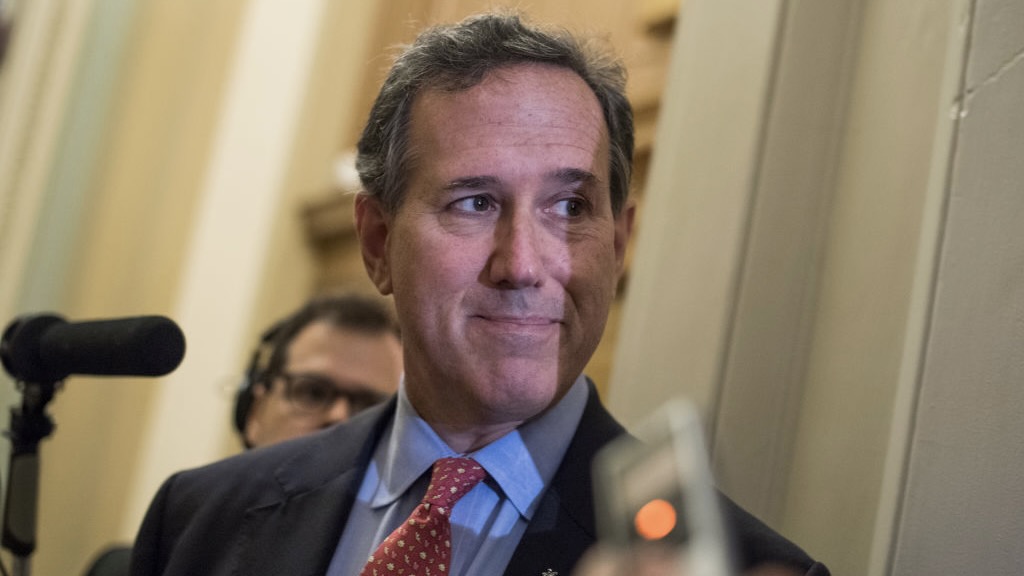 Former Republican senator and conservative commentator Rick Santorum spoke out on Monday after he was fired from his position at CNN over the weekend.

“CNN has a right to fire me if they don’t like what I’m saying or what they are doing,” Santorum said during an appearance on Fox News’s “Hannity” Monday night.

“I have no animus; I appreciate the opportunity that they gave me, but it shows that the Left is intolerant. They are worried; I’m sure that their viewership which is very Left was going to pay a price. And the intolerance of the Left is the issue in the cancel culture that is flowing from it. And I hear from a lot of liberals in fact many CNN contributors who talked to me afterward who were very, very concerned about the cancel culture that is now hitting them at CNN,” he said.

As The Daily Wire reported, the former GOP presidential candidate made the network’s audience angry over comments he made to Young America’s Foundation on April 23.

When the Pilgrims arrived in 1620, “There was nothing here,” he said. “Yes, we have Native Americans, but candidly there isn’t much Native American culture in American culture.” The Founding Fathers “came here, mostly from Europe, and they set up a country that was based on Judeo-Christian principles,” Santorum said.

“I wanted to give you a chance to explain yourself, because that’s what this show is about.”

“Leadership wasn’t particularly satisfied with that appearance. None of the anchors wanted to book him,” said the executive. “So he was essentially benched anyway.”

During the Cuomo program, Santorum was asked about his commentary in the speech. “I misspoke in this respect,” he clarified. “I was talking about the founding, and the principles embodied in the founding,” such as “the Constitution and the Declaration of Independence.”

He added, “People have said, ‘Oh, I’m trying to dismiss what we did to the Native Americans.’ Far from it! The way we treated Native Americans was horrific. It goes against every bone and everything I’ve ever fought for, as a leader, in the Congress.”

Santorum stated that he is against treating people as “other” or “less than human,” adding that he believes people are guilty of doing so with regard to unborn children today.

Host Chris Cuomo criticized Santorum and the Republican Party, saying that he has “done this with homosexuality, comparing it to bestiality…this is a continuation of an ‘us’ and a ‘them.’”

Santorum responded, saying that “the beautiful thing about the imperfect people that put together our founding documents, they put together a pretty perfect saying which is ‘all men are created equal and endowed by and created with rights.’”

He went on to say, “I don’t think we want to conflate disagreements about public policy issues…and how we treat people as individuals. I think we can treat people with respect and dignity and disagree with them on very important issues like abortion, or like marriage … Just because I disagree with someone on the issue of marriage doesn’t mean I hate them or see them as less than, and I think that’s what I get accused of and that’s wrong.”

“I think after that appearance, it was pretty clear we couldn’t use him again,” the executive told Huffpost.

Santorum tweeted late Saturday night, “When I signed on with CNN, I understood I would be providing commentary that is not regularly heard by the typical CNN viewer. I appreciate the opportunity CNN provided me over the past 4 years. I am committed to continuing the fight for our conservative principles and values.”

When I signed on with CNN, I understood I would be providing commentary that is not regularly heard by the typical CNN viewer. I appreciate the opportunity CNN provided me over the past 4 years. I am committed to continuing the fight for our conservative principles and values.

“He was an important voice for the past five years,” Zucker said during the event according to reporter Jeremy Barr at The Washington Post. “But his recent comments were inappropriate and racist.”

0 9
The Never-Ending Persecution Of Jack Phillips