They used to make movies like House of Gucci every year, like clockwork, back in the day—glossy melodramas about rich and powerful people behaving badly and having lots of sex. Usually they were thinly disguised fictionalizations of extraordinarily well-known people, drawn from the trashy novels by Harold Robbins and Jacqueline Susann that dominated drugstore paperback racks. These books and movies generated contempt and disgust from middlebrow critics and sighs of lubricious delight from readers and filmgoers. Then Dallas and Dynasty hit the television airwaves and turned this adult guilty pleasure form into something the whole family could enjoy. And so the roman-à-clef melodrama became passé.

That’s why the first half hour of House of Gucci is such a thrilling delight. It’s got everything—a 1970s setting, vrooming sportscars, lavish dinners at Italian villas, and clothes. Lots and lots of clothes. You want to live there. You want to be at the party where the up-for-anything Patrizia (Lady Gaga) meets the shy Maurizio Gucci (Adam Driver) and pulls him onto the dance floor for some disco-disco.

And the accents! Not since Anthony Quinn played a carbon copy of Aristotle Onassis in The Greek Tycoon have we heard such rrrrich arrrrrr-rolling. Director Ridley Scott has given his performers free rein to speak their dialogue in any version of an Italian accent they might wish to speak. So Adam Driver has a very light accent. Lady Gaga sounds like she lives in the part of Italy that’s right next to Slovenia. Al Pacino, playing his uncle, sounds like the guy who said, “Mamma mia that’s a spicy meatball” in the Alka-Seltzer commercial. One presumes that, as they are all living in Italy and speaking to one another in Italy, that they are speaking Italian.

But Jared Leto, buried under 30 lbs. of makeup, sounds like his character is an Italian who has only recently learned English as a second language, which he speaks badly. As he considers the fact that he will debut a fashion collection with his papa in jail, Leto moans, “How-a can I think-a about my line-a when my father could be-a dropping-a the soap?”

How you feel about Jared Leto’s performance will dictate how you feel about House of Gucci. On the one hand, it’s the worst performance ever given. It is preposterous in every detail, like a Monty Python sketch we’re supposed to take seriously somehow. On the other, it’s kind of staggering in its excess and knowing in its silliness.

This weirdness of tone is the signature feature of House of Gucci. It’s entertaining in its excess, but it also supposes itself to be a critique of excess. The only person who seems to be laboring to play a real person with real emotions is Lady Gaga, who once again (whatever you make of her accent) shows extraordinary screen presence. She is a monster of a kind, but her ambitions and wants and needs are understandable and desirable. She’s the outsider coming into the rich family, the nothing who wants to be a something and gets there—only to have it stripped from her.

Anyway, I was having the best time until about 45 minutes in, when the plot starts. And, as he has so many times in his career, the octogenarian director Ridley Scott proves an astonishingly incompetent storyteller. Give him a well-worked-out script that makes sense and has a series of well-structured beats and he can perform wonders, as he did with The Last Duel, the brilliant medieval movie that came out two months ago. The same was true of Matchstick Men, his glorious con-artist movie with a wonderful screenplay by Ted Griffin.

But give him a messy script that hasn’t ironed out its kinks and he makes it impossible for you to follow the story. This is the great flaw of Blade Runner, otherwise his masterpiece—a movie the studio insisted on layering a narration on top of because Scott had neglected to create a clear throughline explaining the mechanics of the world we were seeing or why our lead character was doing what he was doing. Time and again throughout his four-plus decades as a director he seems content to work on the visuals with the thought that the story can be fixed in the editing room. And it can’t.

Around the 40-minute mark, House of Gucci becomes an elaborate boardroom tale of double-crossing across two continents. And you literally don’t know what the hell is going on. You can’t tell whether Adam Driver and Lady Gaga are living in New York or in Milan. You can’t tell who’s responsible when Jared Leto’s character is sued by his own family for trying to make use of his own last name—is it Pacino, his father, or is it his cousin, Driver? Lady Gaga seems to be sowing mischief for which her husband blames her, but then he does exactly what she recommends.

Maurizio’s fate was tragic and awful, and clearly Scott and his collaborators don’t want to slander him posthumously. But that’s why the great old trash melodramas were fictionalized and based entirely on salacious rumor. This is based on a nonfiction account of the downfall of the Gucci family. That’s too bad. If it had been called House of Grucci, it would have been freer and crazier and better, rather than crazy and silly and finally tiresome. 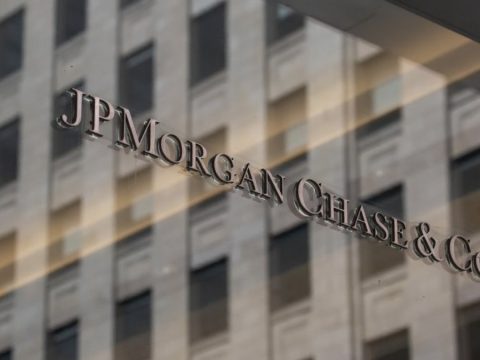