The website of Iranian Supreme Leader Ayatollah Ali Khamenei released a video this week depicting the Islamic Republic carrying out a simulated assassination strike on former President Donald Trump at Mar-a-Lago in retaliation for the killing of Qassem Soleimani, the former commander of the Iranian Revolutionary Guard Corps (IRCG) Quds Force.

“The animated video was part of a contest to mark the January 3, 2020, killing of Iran’s Quds Force commander Qassem Soleimani, who was slain in an American drone strike in Baghdad,” The Times of Israel reported. “The video mirrored a propaganda poster last year also showing Trump on a golf course, calling for revenge for Soleimani’s slaying.”

https://t.co/CrLpUB1Uvr publishes “one of selected works in Hero Campaign”
Named “Revenge Is Definite,” animation shows former U.S. Secretary of State Pompeo & President Trump being targeted by LAW and drone while playing golf at Mar-a-Lago referred to as “Trump’s House” pic.twitter.com/zHS3ktGYKZ

White House Press Secretary Jen Psaki was asked this week on if there have been “threats” that have been made by Iran “in particular against Trump officials who were involved in the Soleimani strike.”

“Well, I’m not going to get into intelligence here, from the podium,” Psaki said. “But we’ve certainly seen concerning public rhetoric from Iranian officials about individuals from previous administrations, even before sanctions from this weekend, and that’s unacceptable.”

The question came after IRGC Brigadier General Esmaeil Qaani, commander of of Iran’s elite Quds Force, threatened last week that Iran would seek revenge for Soleimani’s death and that it would happen “within” the U.S.

Qaani said, “We will prepare ground for the hard revenge against the US from within their homes, as we do not need to be present as supervisors everywhere, wherever is necessary we take revenge against Americans by the help of people on their side and within their own homes without our presence.”

IRGC Deputy Commander-in-Chief Admiral Ali Fadavi also said during a recent interview that when the time is right, Iran is planning to strike the U.S.

The Middle East Media Research Institute (MEMRI) flagged the clip, noting that Fadavi made the remarks after talking about the incident where Iran took several U.S. sailors captive for hours in 2016.

“If the Zionists do something stupid and take a step against us, whether big or small, we will see this as a sign that Allah decreed that we should be attacked so that we could retaliate,” he later added. “This would mean the annihilation of the Zionists. It is a fact that the Zionists will go away much faster than the time frame determined by the Leader. Soon we will witness the annihilation of the Americans and their dominance over the world, and specifically over this region. Soon we will see them leave the region. This will definitely happen.” 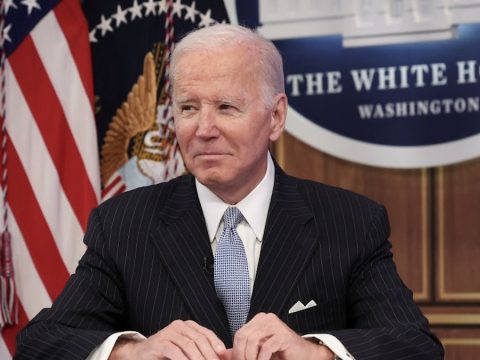