EXCLUSIVE: Homeland Security Secretary Alejandro Mayorkas was told that the photographer who captured a clash between Border Patrol agents and Haitian migrants in Del Rio had said that the incident was being misconstrued — hours before Mayorkas joined a White House press conference where he didn’t challenge the false narrative.

The Sept. 24, 2021 email, obtained by the Heritage Foundation via a Freedom of Information Act request (FOIA), shines light onto internal deliberations surrounding the controversy in Del Rio, Texas, where Democrats and the White House pushed a narrative that migrants had been “whipped” or “strapped” by Border Patrol agents despite it being quickly debunked.

In fact, agents were using split reins to control their horses as migrants rushed across the river. But a narrative, based on a misinterpretation of photographs, was running and on Sept. 24 was further fueled by President Biden.

The investigation is still ongoing more than a year later, but findings by the Office of Professional Responsibility in July found that no whips were in their possession and no migrant was struck by the reins – although it did find other alleged infractions.

But just hours after Biden made his inflammatory remarks to cameras, Marsha Espinosa, assistant secretary of DHS public affairs, emailed Mayorkas and cc’d other DHS leadership, alerting them to a news article that showed that the photographer who took the images did not see any whipping. In the email, Espinosa highlighted the comments from the photographer where he directly says he did not witness any whipping.

“Our nation saw horrifying images that do not reflect who we are. We know that those images painfully conjured up the worst elements of our nation’s ongoing battle against systemic racism,” Mayorkas said.

Mayorkas, earlier in the week, had spoken alongside Border Patrol Chief Raul Ortiz, and had defended the agents – even pointing out that agents use long reins to control their horses, not as whips. But by the end of the week, that clarification was abandoned.

“The images horrified us in terms of what they suggest and what they conjure up,” Mayorkas said.

Mayorkas did not make any mention of the new information from the photographer at the conference. He was asked about his initial remarks and said: “I made the statements without having seen the images.”

“I saw the images on the flight back, and I made the statement that I did with respect to what those images suggested,” he said.

He was then asked about the discrepancy between the photographer’s claims about no whipping being witnessed and the president’s statement.

“The horses have long reins, and the image in the photograph that we all saw, and that horrified the nation, raised serious questions about what…occurred and as I stated quite clearly, it conjured up images of what has occurred in the past,” he said.

“There’s also a question of how one uses the horse and how one interacts with individuals with the horse,” he said. “And so I’m going to let the investigation run its course.”

Mayorkas was later asked about “the whipping… the whips, the horse whips” by a reporter. The Homeland Security chief responded that “that is something that horrified us all.”

The emails were obtained by the Heritage Foundation’s Oversight Project. They filed a FOIA with DHS in March asking for all communications about the whipping incident. When DHS didn’t produce the documents, Heritage sued in June and the emails were recently turned over. 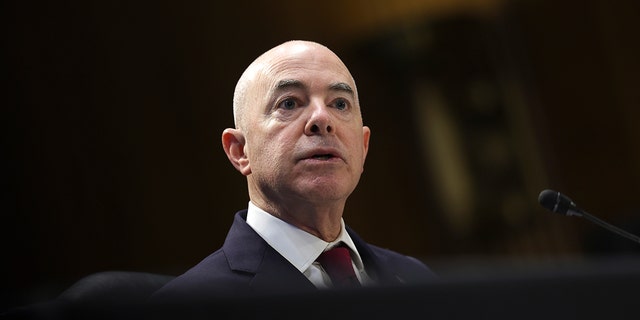 The investigation found “no evidence” that agents struck migrants and found that they were not carrying whips. An agent was accused of using “denigrating and offensive” language against migrants regarding national origin and gender, and of having maneuvered a horse around a child in an “unsafe manner” — while agents were said to have used “unnecessary use of force” to drive the migrants back.

Federal sources say that the three horseback agents and supervisor are still facing discipline of between 3- to 14-day unpaid suspensions and are in the process of trying to respond to the accusations. Neither Biden nor Mayorkas have since publicly stated that there was no whipping involved.

Bill Melugin currently serves as a national correspondent for FOX News Channel based out of the Los Angeles bureau.

0 31
More Resignation Talk Aimed At Biden: ‘Not Up For The Job’