A Republican state senator in New Jersey is exposing the radical sex education planned for the state’s public schools in the fall, including promoting pornography as an acceptable pastime.

“Although I voted against the legislation mandating certain sexual education classes for even the youngest of children I’ve taken a measured approach and have waited to further comment until I saw what was proposed,” Sen. Holly Schepisi said in a story posted on the Save Jersey website. “Today I reviewed all of the model school instruction materials and I truly think New Jersey has lost its damn mind.”

“While some of the lessons I agree with, many are completely overboard with cringy detail for young kids and some go so far as unnecessarily sexualizing children further,” Schepisi said. “For me the most outrageous part are teachers are instructed to promote a website Amaze and its YouTube channel to kids as young as 9 for them to get additional information on sex ed.”

“I encourage all parents to take a look and decide if this is something they deem appropriate for kids this age,” she said.

Starting in fall 2022, N.J. has a very sexualized curriculum ready for school children; for example, they’ll get an intro to transgenderism before the 3rd grade… https://t.co/8XVtig9mfi

North Jersey.com reported on the sex curriculum, which goes into effect this upcoming fall. One example is what teachers are encouraged to tell their students before they finish second grade:

“Direct students’ attention to the PowerPoint where you have displayed the male body and female body with bathing suit diagram. Explain that “During the summer, when some people go swimming, people generally wear bathing suits to cover their genitals. Explain that when we wash our bodies and go to the doctor for a check-up, it’s important to know what our body parts are and how to keep them healthy. Advance to the next slide. Point out and explain the following. “Most girls have a vulva, which is the name for the area between the legs.

By the end of 5th Grade, students are expected to define the following terms: Sex assigned at birth, gender identity, cisgender, transgender, gender nonbinary and transgender; it’s all part of a lesson called “Thinking Outside of the (Gender) Box.” By the way: the baby-making lesson for 3rd to 5th graders don’t even mention “woman” or “female” at all.

One of the lessons Schepisi links to says, “Discuss the range of ways people express their gender and how gender-role stereotypes may limit behavior.”

North Jersey.com reported that the sex ed curriculum was approved, stating, “The state Board of Education approved the standards for health and physical education in an 8-4 vote last week. Advocates hailed the state’s move, saying the changes would promote student safety, health and inclusiveness.”

0 4
FACT CHECK: No, This Video Does Not Prove There Were No Planes Used In The 9/11 Attacks 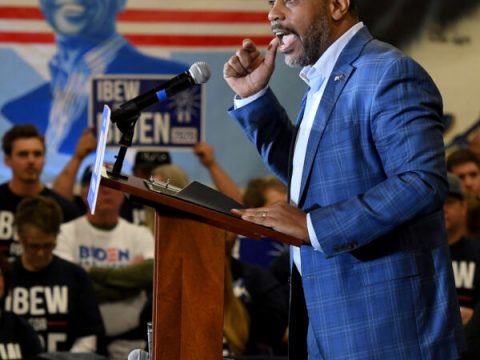