A reporter suggested that the U.S. was pushing Ukrainians to “commit suicide” in a hopeless war against Russia during a White House press briefing Monday.

The reporter asked White House press secretary Jen Psaki about how far the U.S. and NATO were willing to go to support Ukraine’s fight against the Russian invasion. President Joe Biden, Psaki and other administration officials have repeatedly stated that the U.S. will not deploy troops to defend Ukraine, nor will it enforce a no-fly zone over the country. (RELATED: EXCLUSIVE: ‘Speak Loudly And Carry A Small Stick’: Republicans Blast Biden’s Response To Putin’s Escalation In Ukraine)

“I’m trying to understand your end game in Ukraine,” the reporter began. “You’re not sending troops there, there will be no no-fly zone over Ukraine. Would it be a fair assessment to say that you are pushing these guys to commit suicide, knowing that Russia is a superpower and eventually will capture the main cities?”

“The end game is really a question for President Putin,” Psaki responded. “We have completely crushed his economy. We have provided military assistance and humanitarian assistance to the Ukrainians, enabling them to fight back for far longer than the Russian leadership anticipated, and again he has to determine what the path forward looks like for him.”

The U.S. and other NATO countries have levied heavy economic sanctions against Russia for its aggression in Ukraine, but have not delivered direct support against Putin’s invasion. Biden has suggested that any conflict between U.S. and Russian forces would result in a third “World War.”

A Monday poll found that the majority of Americans lack confidence that Biden can prevent war from spreading out of Ukraine to other countries. Republicans and independents were united in their concern about Biden’s policies, while Democrats largely stated they remain confident in the President.

Biden has warned Russian President Vladimir Putin that any invasion of a NATO country would be met with the full force of the U.S. military. Russia’s invasion of Ukraine has edged farther west since it began, with an airstrike falling on Poland’s “doorstep” Sunday. 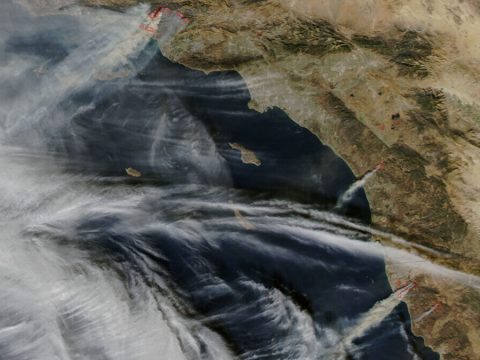 0 25
California Shows What Happens When Nobody Checks The Administrative State: Everything Burns Down