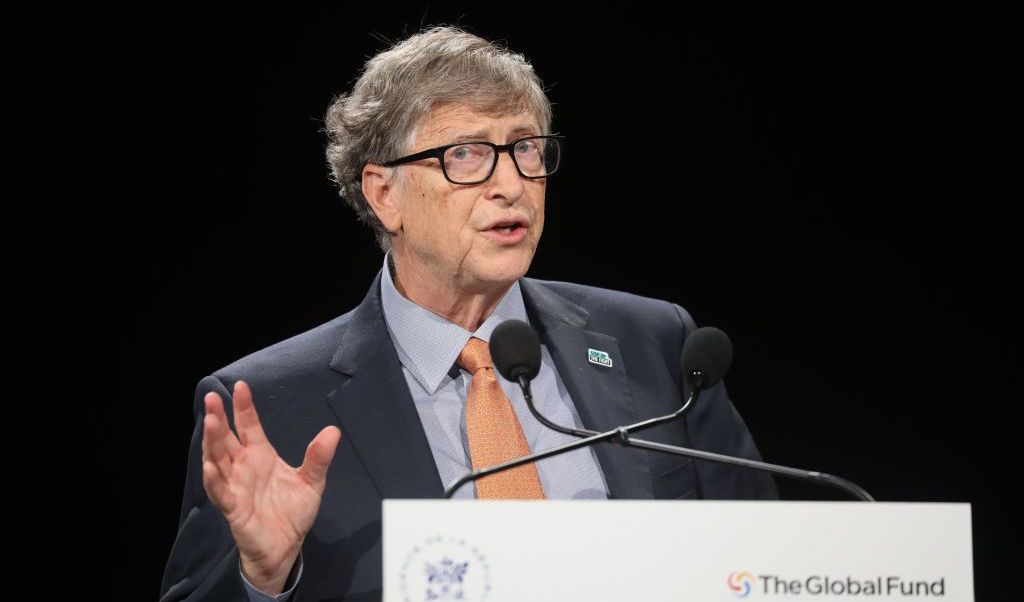 Microsoft founder Bill Gates reportedly hung out with sex offender Jeffrey Epstein in the hope that Epstein, who maintained a host of powerful friends, could help Gates win a Nobel Prize.

A former employee of Gates’ foundation said that Gates had hoped that by associating with Epstein, the latter could introduce Gates to other influential people that had some sway with Nobel Committee members, according to The Daily Beast.

Gates reportedly had numerous meetings with Epstein from 2011 to 2013, most often in Epstein’s New York mansion and at least once on Epstein’s now-infamous private jet, dubbed the “Lolita Express” and alleged to have carried numerous underage girls to Epstein’s private island in the Virgin Islands.

Epstein pleaded guilty to soliciting an underage girl for prostitution in 2008, and the public relations team at the Gates Foundation was aware of other salacious rumors and allegations circulating around Epstein, who was alleged to have trafficked underage girls to the rich and powerful.

“We were aware of things that were potential reputational risks for the foundation and the co-chairs, Bill and Melinda,” a former foundation employee told the Beast. “Even back then, people knew this guy wasn’t squeaky clean,” he said, referring to Epstein.

“[Gates] thought that Jeffrey would be able to help him, that he would know the right people, or some kind of way to massage things, so he could get the Nobel Peace Prize, which is what Bill wants more than anything else in the world,” the source said. “I think he was ultimately disappointed it didn’t work out.”

A spokesperson for Gates denied that the Microsoft founder sought to use the Epstein’s powerful connections to get a Nobel Prize.

“While a Nobel Prize would certainly be a great honor, it is false to state that Bill Gates was ‘obsessed’ with the honor, set it as a goal, or campaigned for it in any way,” the spokesperson said. “If Epstein had a plan or motivation to insert himself into any processes related to any awards or honors on behalf of Gates, neither Gates nor anyone he works with was aware of his intentions and they would have rejected any offers for assistance.”

Gates reportedly had a “close” relationship with Epstein during those years, one of a few factors that eventually drove Gates and his wife to seek a divorce, according to more recent reports. Gates had reportedly pushed Epstein to rehabilitate his public image after Epstein’s 2008 guilty plea so that the admitted sex offender could work closer with Gates and his foundation. Gates also used Epstein to blow off steam and dish about his “toxic” marriage, according to reports.

Gates has denied that he actively sought to bring Epstein closer to the foundation or that he discussed his marriage with Epstein.

“Your characterization of his meetings with Epstein and others about philanthropy is inaccurate, including who participated. Similarly, any claim that Gates spoke of his marriage or Melinda in a disparaging manner is false,” a spokesperson for Gates said of the reports. “Bill never received or solicited personal advice of any kind from Epstein — on marriage or anything else. Bill never complained about Melinda or his marriage to Epstein.”

0 22
‘He Can No Longer Remain In Office’: NY Assembly Speaker Says Lawmakers Will Move ‘Quickly’ On Impeachment

0 25
ADP: Private Payrolls Increased by 128k in May – the Slowest Growth of the Recovery

0 26
Jimmy Kimmel Responds To Rep. Marjorie Taylor Greene After She Says She Reported Him To Police Over A Slap Joke