People fleeing war-torn Ukraine are showing up at the U.S. southern border with Mexico and easily gaining entry, even as those from other countries, including Russia, are being turned away under the CDC’s Title 42 coronavirus protocol, according to media reports.

CNN reported that the Biden administration plans to drop Title 42 in late May, even if border states warn —  including Democrats in those states — the flow of migrants could become overwhelming.

“White House director of communications Kate Bedingfield did not confirm the plans reported by CNN and the Associated Press when asked by reporters Wednesday, referring the matter to the Centers for Disease Control and Prevention,” the New York Post reported.

“Title 42 is a public health directive,” Bedingfield said. “It is not an immigration or migration enforcement measure.”

The San Francisco Chronicle reported on the border reports:

Before the war in Eastern Europe, more than 13,000 people from Russia, Ukraine, Romania and Turkey circumvented Title 42 and made their way into the United States through the southwest border, with only 35 people from those countries being expelled. Migrants from Mexico, Guatemala, Honduras and Haiti, on the other hand, were expelled at vastly higher rates.

Now it appears Russians are mostly being denied entry under Title 42. San Francisco immigration attorney Alex Tovarian has been at the San Ysidro border helping Ukrainians navigate the trip from the Tijuana airport to the port of entry and into the United States. He told the Chronicle that Customs and Border Patrol did not allow any Russians to enter last weekend despite his efforts to plead their case.

In an emailed statement to the Chronicle, Department of Homeland Security spokesperson Eduardo Maia Silva said that “DHS continues to grant Title 42 exceptions to particularly vulnerable individuals of all nationalities for humanitarian reasons. All exceptions are made on a case-by-case basis.”

“Many other migrants who are running for their lives in the same way that Ukrainians have been are not being allowed into the U.S. to seek asylum,” Jessica Bolter, an analyst with the open-borders Migration Policy Institute in Washington, DC, said. “It really does demonstrate the arbitrary nature of which asylum claims are allowed to proceed under Title 42.” 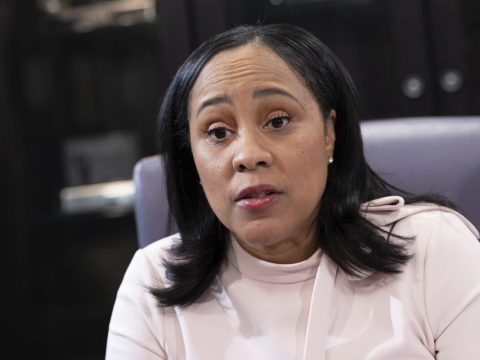