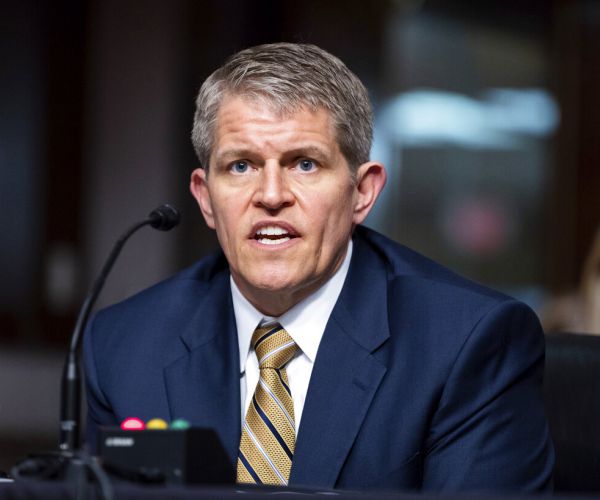 Rep. Pete Sessions on Friday criticized President Joe Biden’s “atrocious” pick to head the Bureau of Alcohol, Tobacco, Firearms and Explosives, telling Newsmax‘s “Spicer & Co.” David Chipman is a person who was a single issue man, who is trying to turn, as I’ve said, tens of thousands of Americans into criminals.”

Chipman, a former agent with the ATF with 25 years of experience, is an advocate for some gun restrictions.

On Wednesday, Sen. John Kennedy of Louisiana questioned Chipman in a panel over his definition of an assault rifle that led to a viral exchange.

“I got 35 seconds left,”  Kennedy said. “Define it for me, would you please, sir. What’s an assault weapon?”

“There’s no way I could define an assault weapon,” Chipman responded. “I’ll give you one definition that ATF currently uses,” Chipman added.

Sen. Tom Cotton then added, “I think our exchange here illustrates that there really is no such thing as an assault weapon. That is a term that was manufactured by liberal lawyers and pollsters in Washington to try to scare the American people into believing that the government should confiscate weapons that are wildly popular for millions of Americans to defend themselves and their families and their homes.”

Sessions recalled Kennedy’s remarks stating, “I think Sen. Kennedy highlighted a good reason that the man does not have a credible handle on what he’s attempting to do, so that’s a good enough reason.”