Rep. Scott Perry (R-Pa.) said recent FBI actions against former President Donald Trump and himself spoke volumes about what the Biden administration was actually doing—creating a “distraction” so that Americans wouldn’t focus on the Chinese communist regime’s influence in the United States.

“I expect that the president will capitulate to the Communist Party of China. It should be pretty apparent to anybody that’s been alive for the past five years that the Biden family is completely compromised by the Communist Party of China,” Perry told Fox News on Aug. 14, when asked about his thoughts on an unconfirmed scheduled meeting between President Joe Biden and Chinese leader Xi Jinping in November.

Biden has not met Xi in person since taking office in 2021, but the two leaders have spoken on the phone five times, with the most recent call taking place on July 28.

“It’s been a grift for a very long time, and instead of going after the Communist Party of China, they’re happy to change the text words of Jim Jordan that were on his phone,” Perry continued. “So that’s all a distraction to keep the American people from focusing on what really is actionable intelligence and actual evidence like you said in plain sight that the DOJ should be pursuing right now.”

The Epoch Times has reached out to the White House for comment.

0 6
VIDEO: Family Escapes Burning Home Thanks to Dog Who Alerted Them 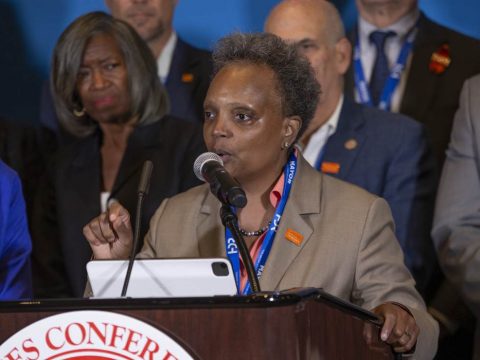