Following the conclusion of a 16-month investigation by the House Judiciary Committee into anticompetitive conduct by major tech companies, Buck, who serves as Ranking Member on the Subcommittee on Antitrust, Commercial and Administrative Law, helped lead the drafting and introduction of a series of bills aimed at addressing Big Tech’s perceived monopoly power.

The bills target Apple, Google, Facebook, and Amazon, and aim to create greater competition in digital markets as well as protect consumers by increasing data portability, making it harder for tech companies to acquire competitors, and preventing platforms from prioritizing their own services. If passed, the bills would be by far the most substantial pieces of legislation governing social media platforms, and would significantly alter the ways in which tech companies do business. (RELATED: Rep. Ken Buck Demands Clarification From Apple CEO Over Alleged Forced Labor Ties In China)

While Buck oversaw the passage of the legislation out of the House Judiciary Committee in June, the bills have yet to see the House floor, prompting some frustration and concern amid lawmakers. Buck told the Daily Caller News Foundation he’s pleased with the bills’ progress, especially considering Congress’s chaotic last few months.

“I don’t agree that the bills have stalled; I think this is exactly what the legislative process should look like,” Buck said. “When you’re dealing with fundamental changes in the law like these bills propose, it’s a good thing that we’re taking time.” (RELATED: Arizona Senate Candidate Blake Masters Plans To Tackle Big Tech’s ‘Predatory’ Business Practices)

The bills enjoy strong bipartisan support, with Republicans such as Reps. Madison Cawthorn, Burgess Owens and Lance Gooden and top House Democrats such as Reps. David Cicilline and Pramila Jayapal throwing their weight behind the antitrust package.

However, lawmakers on both sides of the aisle have also voiced their concerns. House Minority Leader Kevin McCarthy and Republican Rep. Jim Jordan view the legislation as not adequately addressing problems of political censorship, while several moderate Democrats attempted to stall committee action on the bills due to potential “unintended consequences” in digital markets. (RELATED: How Can Antitrust Lawsuits Against Big Tech Succeed?)

Buck told the DCNF he views the bills as encouraging “grassroots” antitrust enforcement, in which states are empowered to act as enforcers. The State Antitrust Enforcement Venue Act, which Buck sponsored, allows for state attorneys general to remain in the court they select during an antitrust lawsuit, preventing the case from being moved to courts more favorable to Big Tech.

“As a very strong supporter of federalism I think the state attorneys general see a lot at the ground level that Congress, the Federal Trade Commission, or the Department of Justice don’t,” Buck said. “It’s important that we have this grassroots enforcement mechanism, and what we’ve done is give the state attorneys general the same ability to choose their venue as the federal government.”

Buck said he approved of recent antitrust challenges to major tech companies brought by state attorneys general, such as the complaint led by Texas Attorney General Ken Paxton against Google in December 2020, and saw the bill as a way to help similar lawsuits be filed in the future. Buck also said he viewed state-level legislation targeting tech companies, such as Florida’s social media law and California’s data privacy rules, as a way forward.

“States are the laboratories of innovation,” Buck said. “Addressing Big Tech is really just another example of what states have done very successfully.”

Despite favoring a more state-level, federalized approach to antitrust enforcement, Buck said he still sees a place for the FTC and DOJ. While several top Republicans who have been active in proposing antitrust legislation targeting Big Tech, such as Sen. Mike Lee and Rep. Jim Jordan, have raised concerns over further empowering the FTC, Buck argued that aggressive federal antitrust enforcement is long overdue.

“What has happened in the marketplace is that these companies have become so enormous that they’re gobbling up these small competitors, sometimes putting them on the shelf so they don’t have a competitor and sometimes integrating the new technology into their platforms,” Buck told the DCNF. “I think there were around 750 mergers in the technology industry that went unchallenged, and that’s really the origins of the fundamental problems we’re seeing today.”

“We can see today in Instagram, WhatsApp, or Youtube the results of mergers six or seven years ago,” he said. “But it’s almost impossible for the FTC or DOJ to address those problems in a court of law.”

The Ending Platform Monopolies Act would enable the FTC to spin off or eliminate certain products or services that create “conflicts of interest” for major tech platforms. For example, the bill could force Amazon to discontinue selling Amazon Basics products on its online marketplace.

Similarly, the Platform Competition and Opportunity Act would prevent platforms with more than 50 million monthly active users in the U.S. from holding more than 25% of a competitor’s stock. The bill could potentially outlaw future acquisitions of smaller competitors by large tech companies, a practice Facebook was sued for in December by the FTC.

Buck also differs from several high-profile Republican politicians such as Sen. Josh Hawley on solutions to political censorship by social media companies, viewing biased content moderation as a problem of inadequate competition. Buck said the issue of censorship should be tackled with stronger competition laws, and sees the antitrust bills as a step in the right direction.

“I am very concerned about the federal government getting involved in defining appropriate speech,” Buck said. “If we have five Facebooks we’ll address the speech issue better than having some government censor decide what is appropriate or dangerous.”

Buck told the DCNF he expects the bills to hit the House floor in November. Lawmakers in the Senate, including Republicans Josh Hawley, Tom Cotton, and Chuck Grassley, and Democrats such as Amy Klobuchar, are working to draft companion legislation to the antitrust package.

Klobuchar and Sen. Mike Lee advanced a companion bill to Buck’s State Antitrust Enforcement Venue Act out of the Senate Judiciary Committee in late September. Recent reports indicate the Senate’s version of the other antitrust bills will not be identical to those advanced in the House. 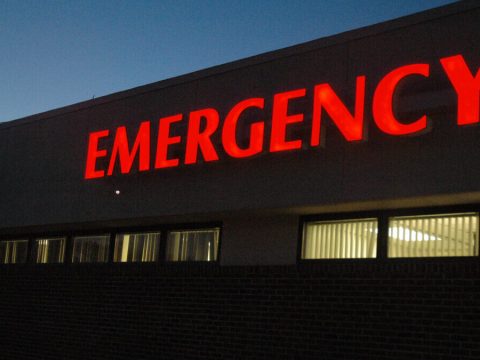