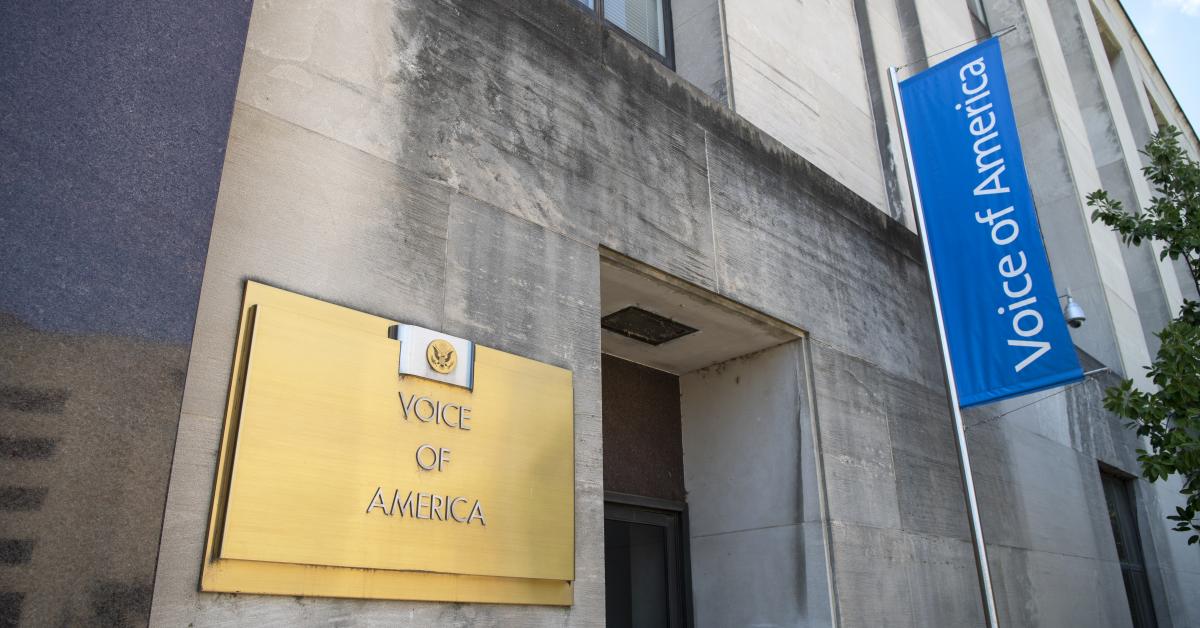 The federal agency responsible for broadcasting America’s message to the world routinely ignored security protocols “for at least a decade” while using the same visas intended for au pairs to hire foreign nationals as journalists, according to a report its first Senate-confirmed CEO sent investigators.

A week before President Biden took office and immediately fired him, Michael Pack submitted a formal request to the State Department’s Office of Inspector General for a full investigation of security, financial and other issues in the U.S. Agency for Global Media (USAGM), which Pack led for seven months.

His report, and supporting materials, alleged that 1,500 of the agency’s 4,000 workers had security clearance issues such as improper background checks.

Pack’s leadership team “learned that previous senior management had repeatedly failed to adhere to national security protocols and essential federal government personnel security practices for at least a decade,” the report said. “The actions — and, in many cases, inactions — of the individuals responsible for producing this crisis placed U.S. national security in danger and imperiled USAGM’s ability to fulfill its legal mandate of advancing U.S. foreign policy.”

Biden’s new USAGM leadership quickly rehired senior officials dismissed on the recommendation of career adjudicators, following investigations by McGuireWoods, an outside law firm. Just the News has reviewed the official summaries of the law firm’s investigation, which were recently submitted by Rep. Scott Perry (R-Pa.) into the Congressional Record along with Pack’s Jan. 14, 2021 letter.

Perry told Just the News Not Noise Tuesday that he “legally” obtained those materials after the agency refused to share them. USAGM then told him “you don’t have all of it” and refused to provide the rest. “American taxpayers have paid for this,” Perry said. “This is corruption at the highest level,” including an employee subsequently convicted of embezzling.

The veteran PBS documentary filmmaker also alleged the agency allowed a senior official to spin off a fund intended for internet firewall circumvention in repressive countries and use it as a slush fund.

U.S. intelligence services told Pack they were “watching” three individuals in the agency “and another has come up since,” showing “there’s a real risk here,” Pack told Just the News Not Noise. “Why have security procedures if you’re not going to follow them?”

One of the rehired officials, a senior strategy official, was found to have “wiped or otherwise factory reset” agency-issued electronic devices when he was put on leave pending investigation, violating multiple internal policies and possibly federal record retention rules, the law firm inquiry found.

Reviews of two others later rehired found “numerous examples” of both forwarding “potentially sensitive USAGM-related documents” to their personal email accounts, raising the same legal problems, according to the investigation.

A senior operations chief forwarded a “draft USAGM risk profile” the day he was put on leave, while a financial executive forwarded Open Technology Fund (OTF) funding documents and grant agreements going back four years and especially in 2020, a year after OTF’s spinoff.

While the details of some scandals have not been previously reported, many of the issues are memorialized in a July 2020 public report by the Office of Personnel Management (OPM).

American Foreign Policy Council Senior Fellow James Robbins elaborated on the report in an op-ed for The Hill shortly after the election, highlighting the “reciprocity” problem of other agencies honoring deficient security clearances granted by USAGM.

Such holders could get access to “closed meetings or private discussions of classified material in executive agencies or on Capitol Hill,” he wrote. “These serious problems,” discovered by nonpartisan OPM and Office of the Director of National Intelligence (ODNI) reviewers, “long predated both the Trump administration and the confirmation of Michael Pack.”

Known as the Broadcasting Board of Governors until 2018, USAGM is the home of the Voice of America (VOA) and funder of Radio Free Asia (RFA) and other foreign-targeted nonprofit broadcasters. In the wake of the Benghazi consulate attack in 2012, Secretary of State Hillary Clinton told Congress the entity was “practically defunct in terms of its capacity to be able to tell a message around the world.”

While USAGM is a “mid-size government agency,” it’s a media behemoth, with a budget around $850 million a year and thousands of employees broadcasting in dozens of languages to a global audience, Pack told Just the News Not Noise.

The “intense opposition” to his leadership among some career staff, Pack believes, was due to his efforts to restore USAGM as a “fair and balanced reporter of the news and to promote American principles like democracy and freedom around the world.”

Perry credited Pack with uncovering “a bunch of snakes under rocks” – the agency’s eight-year practice of hiring people without authentic security clearances, “many of them America’s enemy.”

He told Just the News Not Noise he suspects many Republicans opposed Pack’s nomination because they suspected he would “rip this thing open” and disclose “probably both sides using [USAGM] as a money laundering operation or an ATM,” similar to Ukraine.

When Pack took the reins in June 2020, he discovered that not only was 40% of USAGM’s 4,000-person workforce “improperly vetted,” in his view, but that the agency had lost “delegated authority” to conduct its own investigations in 2012.

Dozens had been granted “confidential level or above” security clearances “despite having invalid background investigations, adjudicative actions, and government access cards,” he told Shaw. Pack still isn’t sure how many employees had secret and top-secret clearances.

Senior management either failed to take fingerprints or didn’t submit them “to the appropriate authorities,” accepted “aliases and fake social security numbers” and didn’t require disclosure of foreign travel and contacts, according to the investigation. Several times, the agency hired individuals “who left entire fields of background-check forms blank,” Pack told investigators.

USAGM had long ago lost its delegated authority to conduct its own investigations thanks to its sloppiness. OPM and ODNI assessments were “repeatedly brought” to the attention of senior officials by career security staff, with no “decisive action” to fix problems, Pack said.

His staff discovered that not only was USAGM heavily relying on J-1 visas to hire foreign nationals, in violation of President Trump’s 2017 “Buy American and Hire American” order, but it was “rubber stamping” applications and renewal requests.

They weren’t able to discern how many foreign nationals were hired using the visas, much less obtain “vital biographical details of those individuals.” The State Department’s portal for J-1 visas says they are intended for professors, students, researchers, interns, au pairs and “summer work travel” among others, but not journalists or federal workers, who can move freely among agencies after one background check.

One official took “the entire annual appropriation of U.S.-taxpayer funding” for OTF when she spun it off as a nonprofit “incorporated … under her own name,” Pack said. This move did not have “adequate authorization from Congress,” he claimed, and added to OTF’s history of conflicts of interest, first documented in the IG’s 2015 audit of RFA.

The newly independent organization moved to the expensive K Street corridor and spent $2 million to “inflate staff salaries and benefits and host a lavish overseas conference,” he said. It also duplicated the grantmaking of other parts of government and funded programs “unrelated to internet freedom,” he alleged.

These expenditures included paying foreign nationals, some of whom remain unknown, up to $65,000 a year to serve as “technology fellows.” Pack said OTF “repeatedly refused” to honor its contractual obligations by sharing how it was spending taxpayer dollars with USAGM.

Agency contracting and human resources functions were similarly shadowy, according to Pack. USAGM couldn’t keep track of work agreements for the large cohort of personnel classified as “personal services contractors,” including many foreign nationals, he said.

External federal reviews found that “emergencies” were frequently invoked to justify “ramming through” contracts outside of regulatory processes. Some contracts served partisan agendas “and involved the hiring of friends and companies owned by personal acquaintances.” 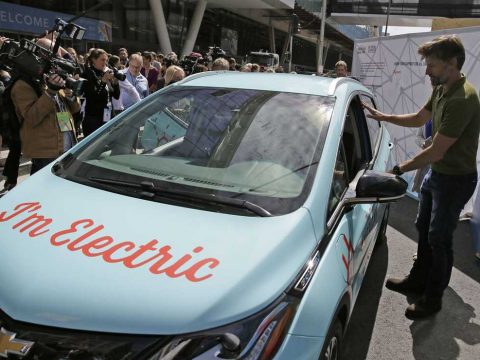 0 61
New Inflation Bill Dems and the Press Boast as Moving the U.S. to Electric Cars Actually Raises the Price of Them 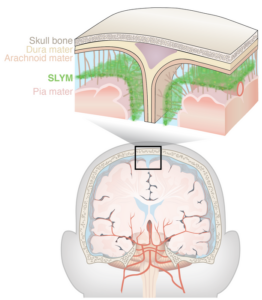