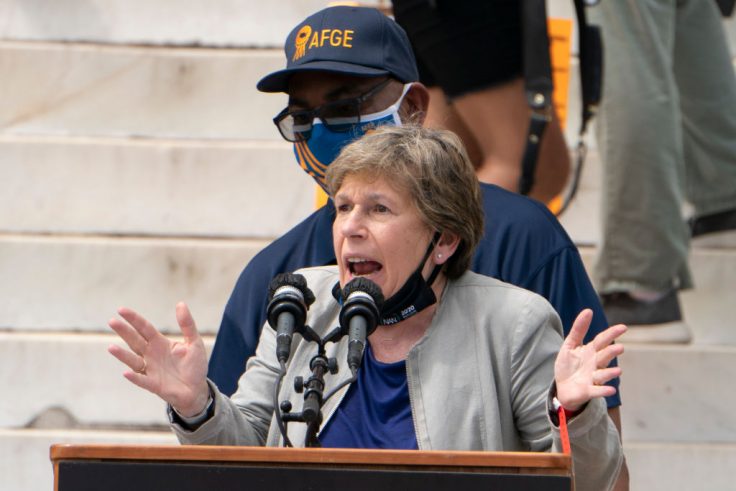 The president of the nation’s second-largest teachers’ union vowed to defend educators who face backlash for teaching critical race theory, hours after denying that the ideology has entered the classroom.

“#CriticalRaceTheory is not taught in K-12 schools,” American Federation of Teachers president Randi Weingarten tweeted Tuesday. “The right’s culture warriors are labeling any discussion of race, racism or discrimination as such to try to make it toxic. They’re bullying teachers to try and keep them from teaching the truth.”

Later that day, Education Week published an article titled “Teachers’ Unions Vow to Defend Members in Critical Race Theory Fight.” In the piece, Weingarten said if any educator faces backlash for teaching about race, the union “will have their back.”

Teachers’ unions aren’t the only groups to deny critical race theory exists in the classroom while supporting its implementation. School board members in Loudoun County, Va., denied that critical race theory is being taught in schools, but the Washington Free Beacon reported in September that the district had spent $422,500 in taxpayer dollars on an “equity” consultant that boasted an introductory course on critical race theory. The district also created a “social justice” K-12 curriculum in collaboration with the Southern Poverty Law Center, a leftwing legal group.

The American Federation of Teachers has come under fire for its political positions in recent months. Two of the union’s affiliates condemned Israel after Hamas attacked the Jewish state. And emails uncovered by the New York Post in May found that the union helped push the Centers for Disease Control to keep schools closed despite scientific evidence that they could safely reopen.

Teachers’ unions overwhelmingly back Democrats and liberal groups during elections. The American Federation of Teachers donated $18.4 million from 2019-2020.

0 17
W.H.O. to 'Seriously' Investigate Itself over Racism Allegations