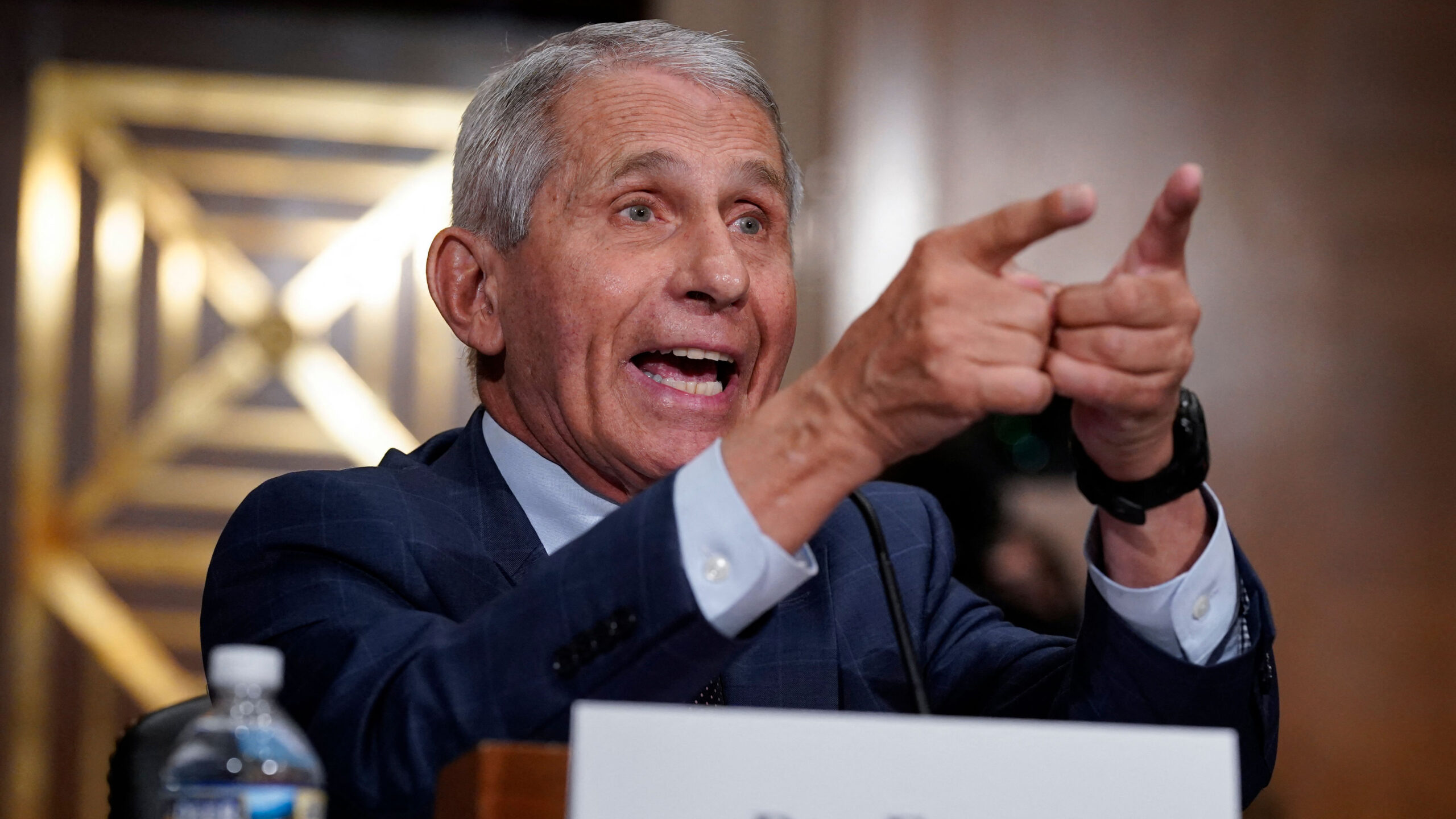 Sen. Rand Paul (R-KY) announced on Tuesday night that he is referring Dr. Anthony Fauci, director of the U.S. National Institute of Allergy and Infectious Diseases (NIAID) and the chief medical advisor to the president, to the Department of Justice for criminal investigation because Fauci has allegedly lied to Congress.

“You kicked off your questioning of Dr. Fauci emphasizing federal law makes lying to Congress a felony punishable by up to five years in prison,” Fox News host Sean Hannity said to Paul during an interview on Tuesday night. “Is it your belief based on the evidence, senator, that he lied before Congress and broke the law?”

“Yes, and I will be sending a letter to the Department of Justice asking for a criminal referral because he has lied to Congress,” Paul answered.

The remarks from Paul came after the two got into an explosive exchange during a Senate hearing  that appeared to leave Fauci literally shaking in anger.

Josh Rogin, a columnist at The Washington Post, summarized the exchange between Fauci and Paul by writing on Twitter: “Hey guys, @RandPaul was right and Fauci was wrong. The NIH was funding gain of function research in Wuhan but NIH pretended it didn’t meet their ‘gain of function’ definition to avoid their own oversight mechanism. SorryNotSorry if that doesn’t fit your favorite narrative.”

PAUL: Dr. Fauci, as you are aware, it is a crime to lie to Congress. Section 1.0.0.1 of the US Criminal Code creates a felony and a five-year penalty for lying to Congress. On your last trip to our committee on May 11th, you stated that the NIH has not ever and does not now fund gain of function research in the Wuhan Institute of Virology. And yet, gain of function research was done entirely in the Wuhan Institute by Dr. Shi and was funded by the NIH. I’d like to ask unanimous consent insert into the record the Wuhan virology paper entitled Discovery of a Rich Gene Pool of Bat SARS Related Coronaviruses. Please deliver a copy of the journal article to Dr. Fauci.

In this paper, Dr. Shi credits the NIH and lists the actual number of the grant that she was given by the NIH. In this paper, she took two bat coronavirus genes, spike genes, and combined them with a SARS related backbone to create new viruses that are not found in nature. These lab created viruses were then to shown to replicate in humans. These experiments combined genetic information from different coronaviruses that infect animals, but not humans, to create novel artificial viruses able to infect human cells. Viruses that in nature only infect animals were manipulated in the Wuhan lab to gain the function of infecting humans. This research fits the definition of the research that the NIH said was subject to the pause in 2014 to 2017, a pause in funding on gain of function, but the NIH failed to recognize this, defines it away, and it never came under any scrutiny. Dr. Richard Ebright, a molecular biologist from Rutgers, described this research in Wuhan as the Wuhan lab used NIH funding to construct novel chimeric SARS related to coronaviruses able to infect human cells and laboratory animals. This is high risk research that creates new potential pandemic pathogens, potential pandemic pathogens that exist only in the lab, not in nature. This research matches … these are Dr. Ebright’s words. This research matches, indeed epitomizes the definition of gain of function research, done entirely in Wuhan, for which there was supposed to be a federal pause. Dr. Fauci, knowing that it is a crime to lie to Congress, do you wish to retract your statement of May 11th, where you claimed that the NIH never funded gains of function research in Wuhan.

FAUCI: Senator Paul, I have never lied before the Congress, and I do not retract that statement. This paper that you were referring to was judged by qualified staff up and down the chain as not being gain of function. What was … let me finish!

PAUL: You take an animal virus and you increase its transmissibility to humans. You’re saying that’s not gain of function?

FAUCI: It is not.

PAUL: It’s a dance, and you’re dancing around this because you’re trying to obscure responsibility for 4 million people dying around the world from a pandemic.

FAUCI: I have to … well, now you’re getting into something. If the point that you are making is that the grant that was funded as a sub award from EcoHealth to Wuhan created SARS- CoV-2, that’s where you were getting. Let me finish.

PAUL: We don’t know that it didn’t come from the lab, but all the evidence is pointing that it came from the lab, and there will be responsibility for those who funded the lab, including yourself.

MURRAY: This committee will allow the witness to respond.

FAUCI: I totally resent the lie that you are now propagating, senator, because if you look at the viruses that were used in the experiments that were given in the annual reports that were published in the literature, it is molecularly impossible.

PAUL: No one’s saying those viruses caused it. No one is –

FAUCI: It is molecularly –

PAUL: – saying that those viruses caused the pandemic. What we’re alleging is the gain of function research was going on in that lab and NIH funded it.

FAUCI: That is not –

PAUL: You can’t get away from it. It meets your definition and you are obfuscating the truth.

FAUCI: I am not obfuscating the truth. You are the one –

MURRAY: Senator Paul, your time has expired, but I will allow the witness to –

FAUCI: Let me just finish. I want everyone to understand that if you look at those viruses, and that’s judged by qualified virologists and evolutionary biologists, those viruses are molecularly impossible to result –

PAUL: We’re saying they are gain of function viruses, because they were animal viruses that became more transmissible in human and you funded it. And you won’t admit the truth.

FAUCI: And you implying –

MURRAY: Senator Paul, your time has expired, and I will allow witnesses who come before this committee to respond.

FAUCI: And you are implying that what we did was responsible for the deaths of individual. I totally resent that.

FAUCI: And if anybody is lying here, senator it is you.