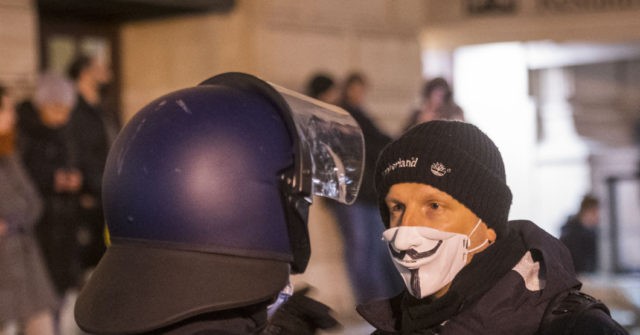 More than 100,000 took to the streets in Germany on Monday night to protest the nation’s lockdown rules, as eastern members of the ruling Free Democratic Party demand a clampdown.

A number of protests have taken place in Germany, with estimates putting the number of anti-lockdown protesters attending events at over 100,000 in total nationwide. According to reports, 50,000 turned out in Baden-Wurtemburg, “tens of thousands” in Saxony, and 17,000 in Thuringia.

While a number of protests took place in the country with the permission of relative authorities, others went ahead despite non-compliance, with thousands attending so-called “unannounced” rallies despite being threatened with fines by police. Monday night ‘strolls’ have a history in Germany reaching back to the Communist era where protesting could be a dangerous occupation but simply going for an evening stroll after work on a Monday gave a level of plausible deniability.

While protests in a number of regions last night remained relatively peaceful, according to a report by Berliner Zeitung, others did experience some levels of violence.

Emergency services in Lichtenstein, Saxony, were attacked, resulting in 14 injuries. One officer reported being bitten.

Meanwhile, rioters in Saxony-Anhalt threw bottles and pyrotechnics at officials, though the police have reported that no officers were injured.

East German members of the ruling Free Democratic Party (FDP) have expressed a desire for security authorities to clamp down on violent protesters.

A strategy paper by the group’s eastern head, Hagen Reinhold, has called for better coordination between security authorities in dealing with internet bubbles and chats that he claims are used to mobilise people, according to a report by Der Spiegel.

“The state offices for the protection of the constitution must create their own unit for better networking, faster exchange and a specialized police force that can act at short notice,” the paper reads.

Reinhold calls out Telegram in particular as a potential source of problems, the encrypted messaging service having already drawn much institutional ire in Germany over recent months.

German authorities have already launched legal proceedings against the app last month over claims that it did not abide by laws requiring social media to police the actions of users on the platform.

“Should Telegram fail to react to the European and German legal situation, our security policy will increasingly begin in the chat groups in the future,” wrote the FDP politician in the paper.

Germany has imposed a number of restrictions on unvaccinated individuals, implementing so-called 2G rules barring the unjabbed from events, leisure facilities, and all non-essential retail.

The country is also looking at the possibility of mandatory vaccination, a measure supported by Chancellor Olaf Scholz, as well as a majority of Germans according to a poll taken last November.

Despite support within the country for restrictive measures however, they have had a negative effect on sectors of the economy, with one industry group describing retail trade as being “dramatically bad” over the country’s COVID pass rules.

“We had some catching up to do with the spring lockdown months by November, but the positive trend was stopped abruptly by the introduction of the 2G rules,” said Stefan Genth, managing director of the German Trade Organisation.

Germany’s 2G regime has also faced legal problems in some areas, with a court in Lower Saxony suspending the rule for being ultimately not compatible with the general principle of equality. 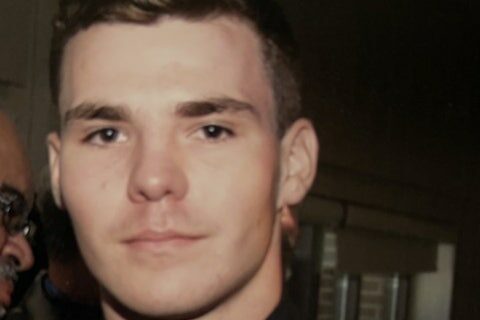