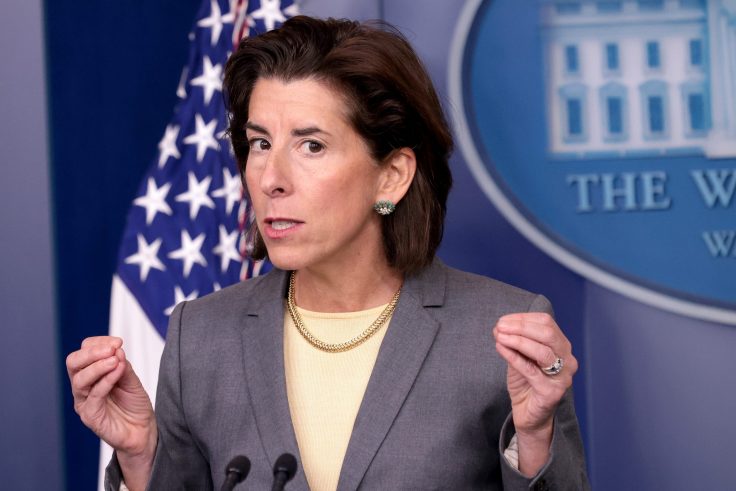 Commerce Secretary Gina Raimondo’s husband exercised up to $150,000 in stock options in a China-backed artificial intelligence firm at the heart of Beijing’s “penetration of Silicon Valley.”

Raimondo’s husband, Andy Moffitt, exercised his options in PathAI on Dec. 27, according to a filing that Raimondo submitted to the Office of Government Ethics. The transaction came two weeks after the Washington Free Beacon reported that the company, where Moffitt serves as “chief people officer,” is funded by Danhua Capital, a venture capital firm backed by a Chinese state-owned investment company. Danhua and the state agency that controls it are part of China’s ambitious plan to dominate the field of artificial intelligence, a technology central to PathAI’s medical diagnostics business. The Commerce Department did not respond to a request for comment.

Moffitt’s profit from a Chinese-linked firm could pose a conflict for Raimondo, who oversees international trade and sanctions policy.  Other Biden cabinet officials have faced conflict of interest allegations involving stock trades. Energy Secretary Jennifer Granholm held millions of dollars of stock in Proterra, an electric vehicle battery company, while the administration repeatedly promoted the company. After she sold her non-public shares to an undisclosed buyer, she handed out tens of millions of dollars in government contracts to Proterra-connected companies, piquing the ire of watchdog groups.

Moffitt exercised his stock options 10 days after House Republicans wrote to Raimondo raising questions about her family’s ties to PathAI. The shares are valued between $65,000 and $150,000, according to Raimondo’s financial disclosure. Raimondo disclosed in January 2021 that Moffitt had options on 160,250 shares of PathAI at a strike price of $6.07. Her latest disclosure does not say how many shares Moffitt exercised and at what share price. It is unclear how many options Moffitt has remaining.

Danhua Capital, which is funded by Chinese state-owned Zhongguancun Development Group, in 2017 invested $11 million in PathAI. That same year, the Chinese government announced an initiative to dominate the field of artificial intelligence by 2030. The government designated more than a dozen of China’s largest tech companies to develop artificial intelligence for use in a variety of industries, including the medical field. The initiative called for Chinese tech firms to develop AI capabilities through mergers with foreign companies and by “conducting … start-up investment.”

The National Security Commission on Artificial Intelligence, an independent commission formed by Congress, warned last year that the Chinese government is aggressively pursuing artificial intelligence technology “through espionage, talent recruitment, technology transfer, and investments.” Intelligence officials have warned American executives about the risks of doing business with Chinese companies because of Beijing’s efforts to steal research and technology from American firms.

Zhongguancun Development Group, which formed Danhua in 2013, said one of its goals is to use capital investments to bring “advanced overseas technology and talents” to China. In 2018, the organization began developing a $2 billion research park to lure foreign companies and universities to China to work on AI projects. It has built technology centers in Silicon Valley and Boston, where PathAI is headquartered.

Danhua founder Gu Anjia said in 2017 that the fund’s goal is to “narrow the gap” between China and the United States and that he hopes to see his homeland “return to the top of the world.” 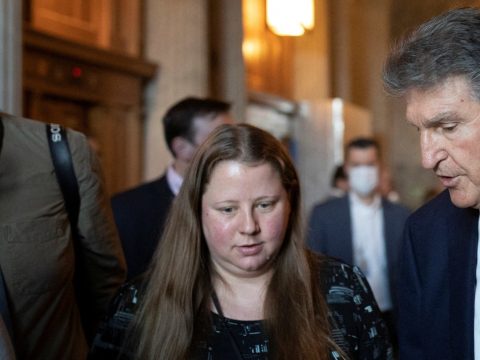