Race relations have hit a new low, with the majority of black and whites calling it “somewhat” or “very” bad,  according to a Wednesday Gallup poll.

The murder of George Floyd and the nationwide protests, riots and calls for racial justice have all contributed to the decline in positive relations, Gallop said. The poll had a 10-point gap between blacks and whites, with 43% of whites calling relations “very” or “somewhat” good.

At the same time, 33% of blacks called relations “very” or “somewhat” good, according to the poll. Gallup said blacks were “oversampled” in the survey which is weighted to their correct proportion of the population.

Among U.S. adults, 57% say race relations will eventually be worked out, 40% disagreed.  The amount of optimism Americans hold has stayed roughly the same since 2013.

The Gallup poll was conducted through telephone interviews between June 1-July 5, with a random sample of 1,381 adults, living in all 50 U.S. states and the District of Columbia. The margin of error was plus or minus 3 percentage points.

The election of former President Barack Obama in 2008 saw a minor rise with 67% shortly saying relations will be improved. (RELATED: Ben Carson: Race Relations Have ‘Gotten Worse’ Under Obama [AUDIO])

Although, the number of hopeful Americans didn’t stay that high for too long. During the last half of Obama’s administration, about 70% of Americans said in July 2016 that race relations were bad, a New York Times/CBS News poll showed.

America has never lived up to its founding promise of equality for all, but we’ve never stopped trying. Today, I’ll take action to advance racial equity and push us closer to that more perfect union we’ve always strived to be.

President Joe Biden has tried to improve relations within the federal government by signing an executive order in June that ensures that every agency will conduct race-conscious diversity training and hiring. The executive order directs agencies to develop plans to eliminate barriers to success faced by “under-served employees.”

The order says federal hiring will prioritize “communities that have historically faced employment discrimination and professional barriers, including people of color, women, first-generation professionals and immigrants, individuals with disabilities, [and] LGBTQ+ individuals.”

Biden also traveled to Oklahoma in June to mark the 100th anniversary of the Tulsa Race Massacre. The massacre took place May 31-June 1 in 1921, where a mob of armed white residents attacked a prosperous black community, killing as many as 300 blacks and burning up to 1,200 homes. 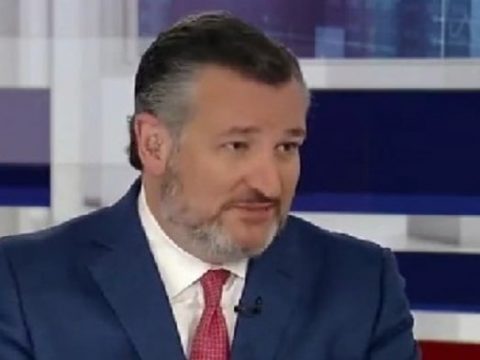 0 42
Sen Cruz: Only Billionaires, Human Traffickers, and Fentanyl Dealers Are Better Off Under Biden