Prosecutors filed a 31-page document demanding that singer R. Kelly be sentenced to 25 years in prison for his crimes of racketeering, bribery and sexual exploitation of a child, and sexual trafficking.

A jury found the recording artist, whose full name is Robert Sylvester Kelly, guilty in September 2021 after a month-long trial that included no fewer than 50 separate witness testimonies, CNN reported.

Prosecutors submitted their request to the Eastern District of New York this week, noting the R&B singer’s “decades of crime” and “callous disregard for the very real effects that his crimes had on his victims.”

“The defendant’s decades of crime appear to have been fueled by narcissism and a belief that his musical talent absolved him of any need to conform his conduct — no matter how predatory, harmful, humiliating or abusive to others — to the strictures of the law,” prosecutors wrote in the filing.

They said Kelly’s “actions were brazen, manipulative, controlling and coercive. He has shown no remorse or respect for the law.”

“Put simply, [Kelly’s] crimes were calculated, methodical, and part [of] a long-standing pattern of using his platform as a larger-than-life musical persona and his deep network to gain access to teenagers, many of whom were particularly vulnerable, and then to exploit them for his personal gain and sexual gratification,” prosecutors added.

According to CNN, prosecutors are further seeking for Kelly to pay a fine anywhere from $50,000 to $250,000. They say he abused his position, noting how “musical talent absolved him of any need to conform his conduct — no matter how predatory, harmful, humiliating or abusive to others — to the strictures of the law.”

Further, the filing seeks a harsh sentencing that will send a message to other famous people who would engage in crime.

“While the government doubts that the defendant will be deterred, a lengthy sentence of imprisonment will serve to deter others — including those with wealth, fame and the outsized power such status brings — from engaging in similar crimes,” the document reads. “This is particularly so given the high-profile nature of the defendant and the likelihood that the length of his sentence will be widely publicized.”

Reuters noted that Kelly’s attorney, Jennifer Bonjean, asked the court for a sentence of fewer than 14 years for his crimes.

Kelly’s sentencing is scheduled for June 29.

Even if the singer does get a lighter sentence for this conviction, he’s due to stand trial again in August on charges “that he produced child pornography, enticed children into sex acts and that he and two former employees conspired to fix his 2008 trial in Illinois,” according to The New York Times.

All copyrights and legal uses attributed to content are located at the article origination: © Daily Wire, R. Kelly Facing Up To 25 Years In Prison For ‘Decades Of Crime’ That Were ‘Fueled By Narcissism’ 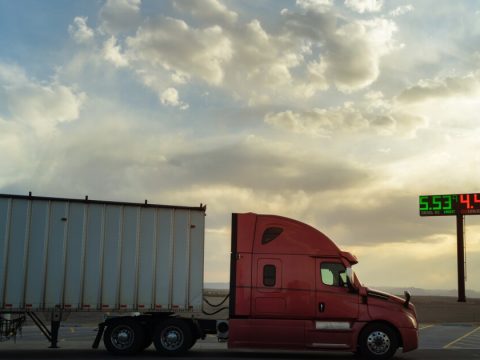