The Biden administration’s efforts to impose transgender ideology on the nation’s children and schools are going into overdrive, and leading the charge is Dr. Rachel Levine, the U.S. assistant secretary for health.

Levine, a man who became a physician and raised a family before “transitioning,” has been celebrated by leftists and the corporate media as “the first female four-star admiral in the history of the U.S. Public Health Service” and a “Woman of the Year.” But the debate about this has gone beyond such absurdities or the willingness of Big Tech censors to punish those who mocked or denied Levine’s pretensions to being one of America’s most prominent females.

Levine has gone on the offensive against states that seek to enforce parental rights over the willingness of schools to push transgender ideology on children or to ban “treatments” for minors that amount to life-altering decisions or mutilations. These laws, passed by Texas and Florida, amount to a retaking of the public square for sanity and traditional norms about the way the medical profession deals with children. But Levine refers to them as “insidious actions that are politically motivated and really harm” the children involved.

The Federal Government Is on the Offensive

Unlike leftist ideologues and media companies like Disney that have sought to normalize the indoctrination of transgender ideology on students as young as kindergarteners, Levine isn’t just advocating for dangerous policies. As a fawning interview with NPR made clear, the full force of the federal government is now behind the threats issued by the pediatrician-turned-admiral to go after anyone or any state that seeks to protect children from such dangerous policies.

Characterizing efforts by states to prohibit life-altering surgeries on minors as “political attacks against trans young people,” Levine said that “we encourage trans and gender-diverse youth and their families [who] are feeling they are being discriminated against in Texas or any other state [to] contact our office.”

In the NPR article, Levine doesn’t just falsely claim that no qualified or respected doctor disagrees with the idea of pushing hormone treatments that will render children sterile or surgery that will mutilate them. “There is no argument among medical professionals,” he said, thereby dismissing the justified concerns of Florida Surgeon General Dr. Joseph Ladapo and the studies he has cited that point to serious problems with allowing children to choose sterilizations and mutilations with no chance of reversal.

Levine also threatens that anyone who opposes such practices may also be investigated by the federal government’s Health and Human Services Department’s Office of Civil Rights.

Going even further and without a trace of irony, Levine suggests that the U.S. Department of Education would also regard efforts to stop transgender indoctrination as somehow a violation of Title IX of the Civil Rights Act. This is despite the fact that fealty to transgender myths has made a mockery of the law that paved the way for more women to take part in sports by allowing biological males to compete and dominate in competitions solely intended for females. Instead of using Title IX to protect women as it was originally intended, Levine says, it will be employed for “sexual and gender minorities.”

Levine makes much of the anguish experienced by youths who believe they ought to be a different sex and says that the power of the state should be employed to help them “transition.” Gender dysphoria is real, but as authors like Abigail Shrier have pointed out and as Dr. Ladapo argues, many if not most of those who experience these feelings find that their dysphoria subsides either before or after they become adults. Ladapo says that 80 percent of young people who claim to be transgender give up such desires because they either are homosexual or come to accept their sex.

Levine suggests those who disagree with authorizing schools and physicians to proceed with medical and surgical services that cannot be reversed are ignorant, insensitive, or bigoted. But this dispute goes beyond efforts to compel people to call those who assert that they are transgender by their preferred pronouns. Nor does it have anything to do with the right of adults to make choices about their lives or to call themselves whatever they like.

Levine isn’t merely endorsing education curricula that facilitate the efforts of the transgender lobby to introduce children to concepts about their options for choosing a different sex than their own.

The federal government’s guidelines that Biden has promulgated and the threat of civil rights lawsuits and prosecutions seek to intimidate states, school boards, educators, and parents. Claims by minors of being transgender are not merely to be encouraged. Local authorities and doctors must, according to Levine, comply with the demands of suffering children going through years that are difficult for everyone to prevent them from, as Levine puts it, going through the “wrong puberty.”

It’s Up to States and Parents to Fight Back

The idea that children can order up life-altering surgeries or treatments is unheard of as a matter of law in civilized societies. Or at least it was in the United States until Levine and the transgender lobby gained the sort of power that puts the federal government behind their agenda. That is why Florida and Texas were right to ban such treatments for minor children.

Yet what is equally disturbing about this controversy is the ability of ideologues like Levine, supported by woke corporate media outlets, to silence debate about the issue by treating all dissent from their positions as bigotry. That is why social media companies’ enforcement of diktats from the transgender lobby is so pernicious.

It’s not just the injustice of shutting up journalists and publications that won’t bend their knees to the new woke catechism. Their goal is to silence all dissent and forestall any debate about the impact on children of dangerous “treatments” put forward by fashionable “gender affirming” quacks, in spite of the massive pushback from outraged parents who are rising up against such toxic policies.

This makes the willingness of states to resist the federal guidelines all the more important. It also is one more piece of evidence that shows that Florida Gov. Ron DeSantis’ decision to take on the Walt Disney Company in favor of parental rights and against transgender indoctrination isn’t just good politics, but also absolutely necessary if children are to be protected against the damage that Levine’s guidelines are inflicting on them.

Jonathan S. Tobin is a senior contributor to The Federalist, editor in chief of JNS.org, and a columnist for the New York Post. Follow him on Twitter at @jonathans_tobin.

0 31
‘A Sign Of Disrespect’: New Book Claims VP Wanted Biden’s Staff To Stand Whenever She Walked In 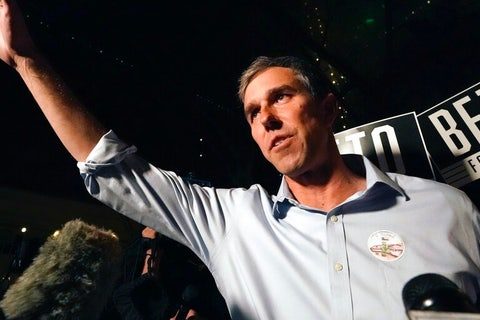