Does Putin Has Dreams of a New Russian Aircraft Carrier – On July 31, Russia celebrated “Navy Day” – a holiday that originally was established during the Soviet era by decree of the Council of People’s Commissars of the USSR and the Central Committee of the VKPB in 1939. It lasted until 1980 when it was formally canceled.

Russian Federation President Vladimir Putin, who has sought to restore the “former glory” of Russia, reestablished the holiday in 2013. Now held on the last Sunday of July, and meant to honor the Russian Navy, which was first founded by Czar Peter I (Peter the Great) in 1696, the national holiday includes a military flotilla of some 200 warships that take part in a maritime parade in St. Petersburg.

The Russian ruler had famously explained, “A ruler that has but an army has one hand, but he who has a navy has both.”

This year, Putin praised Peter the Great for making Russia a great sea power – and in true Putin fashion neglected the fact that the Czar had turned to King William III of the England, who actually aided significantly in the effort. Moreover, Putin failed to share the fact that after the Baltic Sea Fleet was established it was built, maintained, and even crewed by British sailors!

Mr. Putin clearly needs a history lesson, as Russia was hardly ever a naval power – a fact made abundantly clear centuries later during the Russo-Japanese War in 1905. It was during that war that St. Petersburg (then the capital of the Russian Empire) saw two fleets destroyed. It lost some six battleships along with more than 5,000 sailors at the Battle of Tsushima, the only decisive battleship-to-battleship engagement in history.

In fact, it is hard to see what Navy Day has to celebrate.

Russia’s greatest naval successes only included lopsided victories, which include the Battle of Gangut, which was fought against Sweden during the Great Northern War in 1717, where 98 galleries took on just eight enemy boats; and the Battle of Sinop (1853) against the Ottomans, which saw Russia vastly outgunned its rival. Only the Battle of Chesma (1770), during the reign of Catherine the Great, could be considered a stunning Russian victory – where a slightly smaller Russian force destroyed more than 20 Ottoman vessels

It was truly the only time Russia showed itself to be the master of the sea.

Just before he delivered his speech, Putin signed a new 55-page naval doctrine, which set out the broad strategic aims of Russia’s navy, including its ambitions as a “great maritime power” that extends over the entire world.

The new Russian Navy decree further called for Russian control of the Northern Sea Route, and addressing the activities of foreign navies in waters that Moscow sees within its sphere of influence. In addition, it envisages a permanent Russian naval presence in the Mediterranean, while ensuring that the Russian exclave of Kaliningrad remains accessible.

To actually achieve these goals, Putin called for Russia to arm more of its warships with the Tsirkon (Zircon) hypersonic missiles in the coming months.

Most surprisingly of all, Putin called for the building of new aircraft carriers.

Putin has an odd obsession with the past, which he clearly sees through rose-colored glasses, and he seems to remember a glory that never was but could never be again. Russia as a friend and near ally of the United States was one of prosperity. A new Cold War 2.0 will only return to the gray days of the late Soviet era.

This is noted in the absurd calls for carriers.

Modern Russia, even more than the Soviet Union or Imperial Russia, is a land power. Putin may want the second hand that a navy provides, but Russia currently lacks the domestic facilities to build and maintain a carrier, not to mention the overseas ports to support it. 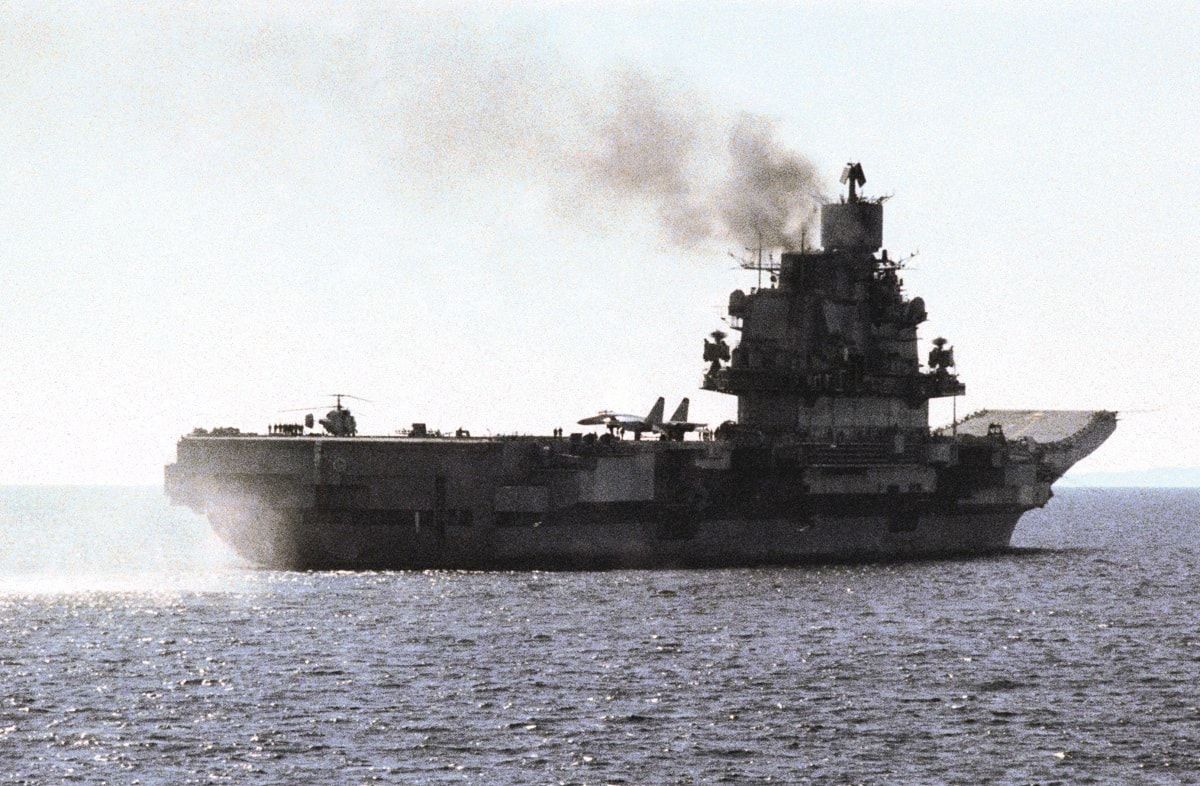 Russia has struggled to even handle a refit of its Admiral Flota Sovetskogo Soyuza Kuznetsov aircraft cruiser, and it remains anyone’s guess, when (or more likely if) it will ever return to service. Even with a fleet of carriers, Russia could never become a great naval power. All of its major naval bases and ports – apart from those in the Far East – are close to NATO territory and would likely be targeted in the event of war.

Carriers need the ability to get to the open sea and that isn’t possible for any Russian vessels operating from the Baltic, Bering, or the Black Sea. Russia has struggled to maintain Admiral Kuznetsov, and it is doubtful any other carrier would fare better.

An old Soviet joke (heard in the HBO mini-series Chernobyl) would sum up any attempt to build a Russian carrier: “What’s as big as a house, burns 20 liters of fuel every hour, puts out a sh*tload of smoke and noise, and cuts an apple into three pieces? A Soviet machine made to cut apples into four pieces. 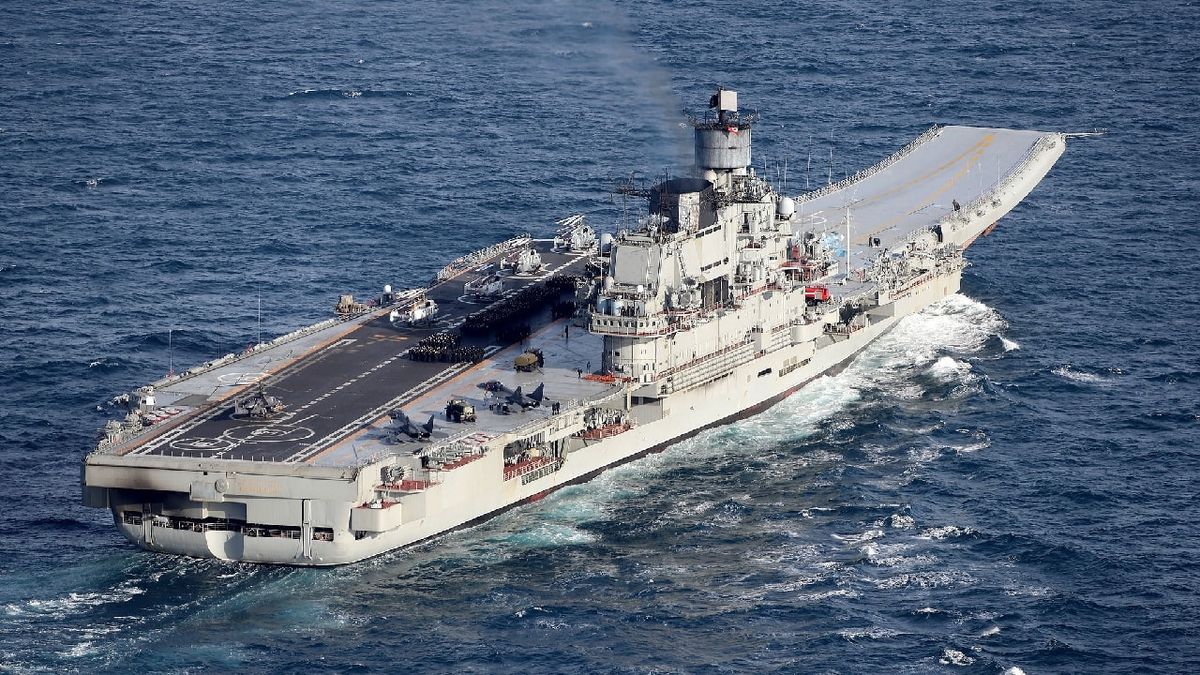 Good luck, Mr. Putin. The Pentagon would love it if you tried to build carriers. They’d make nice juicy targets that would cost you a fortune, would burn a ton of fuel, put out a load of smoke, and probably couldn’t even launch any planes.

A Senior Editor for 1945, Peter Suciu is a Michigan-based writer who has contributed to more than four dozen magazines, newspapers and websites. He regularly writes about military hardware, firearms history, cybersecurity and international affairs. Peter is also a Contributing Writer for Forbes. You can follow him on Twitter: @PeterSuciu.

All copyrights and legal uses attributed to content are located at the article origination: The Bongino Report Putin Is Dreaming Up a Plan for New Russian Navy Aircraft Carrier 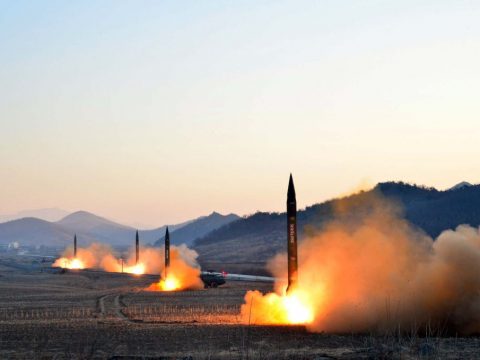 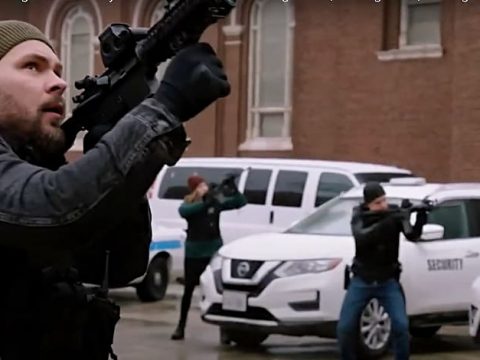 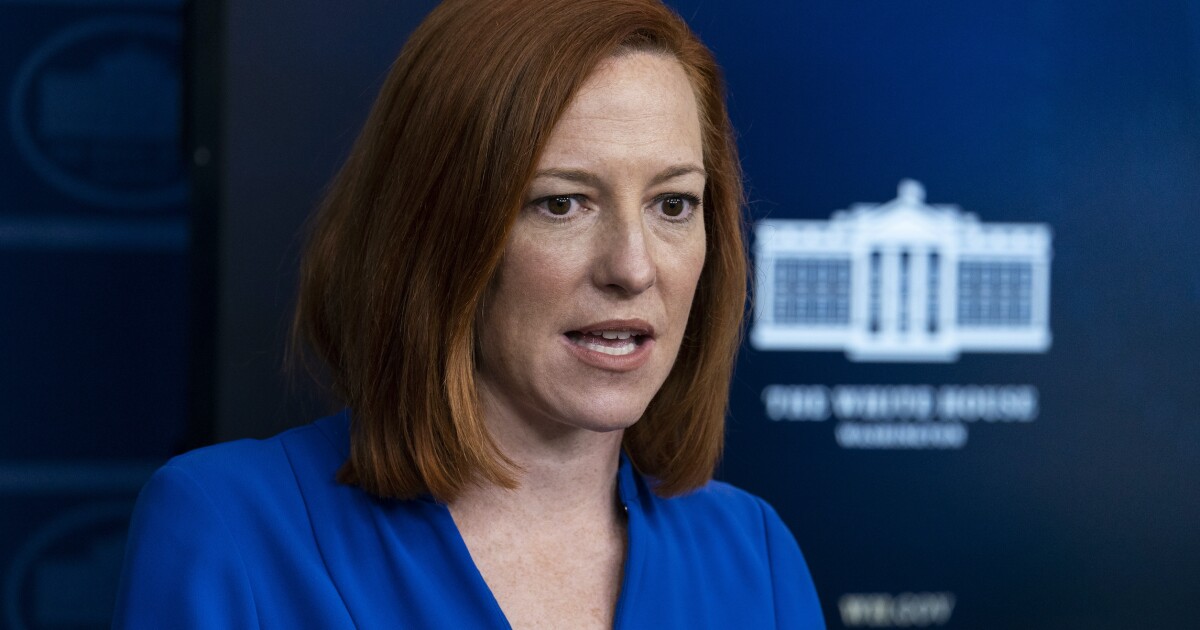