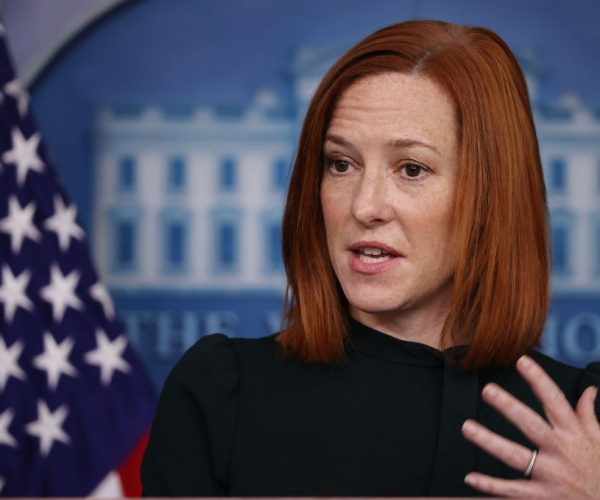 Dr. Anthony Fauci won’t be fired anytime soon despite a trove of emails that points to further evidence that the coronavirus pandemic was the result of a leak from the Wuhan Institute of Virology, says White House press secretary Jen Psaki.

“He’s overseen management of multiple global health crises, and attacks launched on him are certainly something we wouldn’t stand by,” Psaki said during a press conference Friday.

“Can you imagine any circumstance where President Biden would ever fire him?” Fox News’ Peter Doocy asked.

Fauci, who is President Joe Biden’s chief medical adviser on COVID-19, earlier this week said he still feels that the coronavirus pandemic began with a virus, but even if it started with a leak from the Wuhan lab that the release was unintentional.

“The idea, I think, is quite far-fetched that the Chinese deliberately engineered something so that they could kill themselves as well as other people,” Fauci, the director of the National Institute of Allergy and Infectious Diseases, said Thursday on CNN’s “New Day.” “I think that’s a bit far out.”

Some of the emails indicated early in 2020 that Fauci was aware that some of the coronavirus’ features pointed toward its being engineered.

“We’re all in favor of a fair, open investigation to see if we can actually find out the origin, because we want to make sure this doesn’t happen again,” he told CNN, adding that he does not know if the possibility of a lab leak sounds more plausible now than it did a year ago.

In one of the Fauci emails, dated Feb. 1, 2020, Dr. Hugh Auchincloss wrote to Fauci that that virus engineering experiments had been performed.

Dr. Li Meng-Yan, a Chinese virologist who has alleged the COVID-19 pandemic is the result of an unrestricted bioweapon that leaked from the Wuhan Institute of Virology, told Newsmax early Friday that the memo shows Fauci was among scientists and organizations that knew what was going on and tried to hide the matter.

Yan fled to the U.S. after making allegations that China covered up its COVID outbreak and has since published two reports last year and one this year making claims about China’s virus work.

0 243
President Trump: We need to fight to rescue America