Now that “hu” is circulating as a made-up pronoun choice, isn’t it past time we acknowledge that transmania has jumped the shark? When you see the made-up word “hu,” the logical pronunciation reads just like the word “who.” But we’re all supposed to guess that it’s pronounced “hew,” as in the first syllable of “human.” It’s coupled with “hum,” which you’re supposed to figure out is pronounced “hume.”

Libs of TikTok reliably illustrated this weirdness by posting the explanation of a hu/hum advocate “humself”:

Who would have thought that an old comedy routine would be so relevant to “progressive” linguistic practices today? “Who’s on first?” — Abbott and Costello’s baseball-themed sketch from the 1930s — is legendary, and it symbolizes the communication chaos of today’s pronoun project.

As I’ve written here before, the enforced ritual of “declaring pronouns” disrupts communication by undermining the purpose of pronouns as function words that give structure to language.

Bud Abbott tries to explain to an exasperated Lou Costello that “Who” is the guy on first base. “What” is playing second, and “I don’t know” is on third. We laugh because we all know that serious confusion is the result of such badly distorted language. But today’s pronoun police are demanding distortions in communication, and that’s no laughing matter.

Everyone Needs a Pronoun Primer

Too few people even seem to know what a pronoun is. This is especially true of those who demand we constantly shift our mental gears to keep track of preferred pronouns. Those who do know the purpose of pronouns are more likely to be in an Abbott-and-Costello state of confusion.

Webster’s Seventh New Collegiate Dictionary is an older dictionary, but I highly recommend it if you want a reference that’s informative and based. Its definition of “pronoun” is still solid. Pronouns are the parts of speech we use “to refer to persons or things named, asked for, or understood in context.” They are a form of shorthand so that you don’t keep repeating the same name or phrase over and over again. But the key is that pronouns are understood in context.

But personal pronouns are only one category of pronouns. There are demonstrative pronouns including “this,” “that,” “these,” and “those.” There are interrogatives such as “who,” “which,” “what,” and “whomever.” There are a host of indefinite pronouns such as “all,” “both,” “neither,” “such,” or “none.” In fact, there are at least 100 real pronouns. We use all of them to structure our language and understand people and things in context.

Who’s on the Attack?

However, if you look up the word “pronoun” in the online Merriam-Webster dictionary you’ll find signs of tampering in its first definition, which emphasizes personal pronouns as though other types of pronouns don’t exist at all. Even more contrived is that its second definition uses woke examples. In short, the older “Webster’s Seventh” respects organic usage, while the online dictionary is astroturfed because it serves to impose usage.

Today’s woke activists mostly fuss about personal pronouns, specifically in the third person. That’s the form we use when we are referring to someone or something other than ourselves or the people we are addressing. In standard terms, as subjects, they are “he,” “she,” “it,” and “they.” Yet, I’d wager that the pronoun police hope to obliterate not just those, but all pronouns since they’re working in Orwellian fashion to abolish language itself.

How else to explain the profusion of third-person pronouns? Ey? Per? She? They? Xe? Vi? Ae? Hu? Or to explain their insistence that we all memorize long lists of made-up words such as “xi/xir” or “ey/em” and studiously obey infinite uses of a multitude of “neopronouns” made up on the fly like “fae/faer?”

Some people insist on mixed bags such as “he/they” or “she/they.” Others demand “rolling pronouns,” a variety to sort through, perhaps based on fluctuating moods of the so-called “gender fluid.” So for third-person pronouns, we might ask in Abbott-and-Costello fashion: Who’s on third? The clear answer among normal people trying to navigate this swamp is: “I don’t know.”

Getting back to “Webster’s Seventh,” none of these mental gymnastics allow you to “understand in context” much of anything. The effect is to undermine pronouns as function words in our language, the words that give our language the structure upon which clarity depends. Kind of like the function of punctuation. How about we all mix it up there? I de%%mand? . , . you,,,, use ;;#@; acertainorder/of punc!!tua*(tion& ? ma—-rkswh,en….ever ref%err:ing to /me (in) a [sent]ence;;,? How about filing that away in your brain?

Those who keep pushing for these mental circus acts claim that it’s just about respecting a person’s identity. But their whack-a-mole antics reveal a path that leads to the deconstruction of the entire language. It begins with personal pronouns, specifically in the third person like “he/she/it/they.” If you had the good fortune to learn standard English grammar, you also know corresponding direct pronouns, as well as the rules for all the rest. This logical and standardized structure allows for communication flow rather than communication impasses.

But the pronoun police don’t care about that. They are more interested in herding us atop their tottering Tower of Babel.

How to Push Back: Insist on “I/Me”

It will take a long time to reinstitute real education about useful rules of grammar and syntax. But there are simpler ways to return to sanity. You can refuse to comply, though you’ll likely be punished if you defy schools and HR departments who insist you “declare” pronouns.

I have another suggestion. If forced to declare your pronouns, always insist on a preference for the first-person singular pronouns “I/me/my/mine/myself.” After all, those are indeed your personal pronouns. Doing so would mean bureaucrat-tyrants would always seem to refer back to themselves when referring to you, according to their own idiotic rules. In a based world, this would provoke “Who’s on First?” office routines. So while you’re at it, announce that your name is “Who.”

Of course, the thought police can react by claiming that the first person pronouns “I/me” are off limits and keep moving the goal posts. So if they insist on third person, answer in Abbott-and-Costello style: “I don’t know,” which is the name of the player on third. Then tell them that’s your name and they can refer to you as “I” for short. Such challenges could help expose the foolishness and hypocrisy in their tyrannical protocols.

Ultimately, we should think of standard pronouns as the ecosystem that allows our common language to sustain itself. Indeed, destroying their purpose is like being stuck forever on third base with the name “I don’t know.”

Stella Morabito is a senior contributor at The Federalist. Her essays have also appeared in the Washington Examiner, American Thinker, Public Discourse, Human Life Review, New Oxford Review. In her previous work as an intelligence analyst, she focused on various aspects of Russian and Soviet politics, including communist media and propaganda. She has also raised three children, served as a public school substitute teacher, and homeschooled for several years as well. She has a B.A. in journalism and international relations from the University of Southern California and a Master’s degree in Russian and Soviet history, also from USC. Follow Stella on Twitter.

0 25
Richard Baris: It’s Clear GOP Voters Not Ready to Move On From Trump 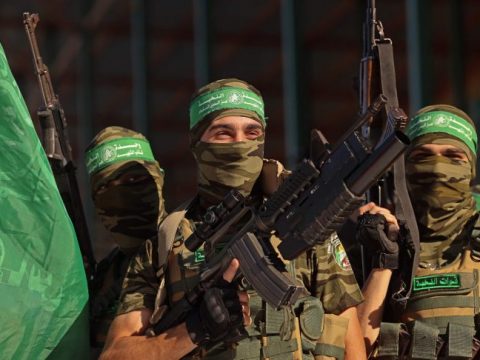