In an interview on Tuesday, he said people are giving up on baseball, adding “woke is not good for our country.” He went on to slam professional baseball’s decision to move this year’s All-Star Game from Atlanta to Denver over election law changes. 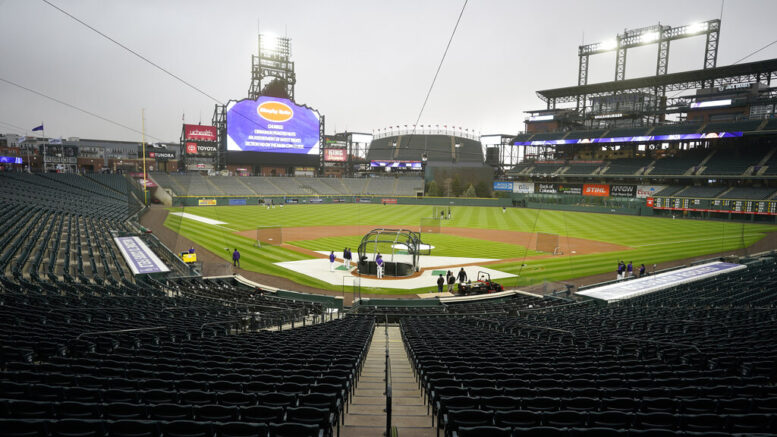 Players took part in batting practice as a light rain descended on Coors Field Tuesday, April 6, 2021. Major League Baseball announced that Coors Field will be the venue for the 2021 All-Star Game after the Midsummer Classic was moved out of Atlanta. (AP Photo/David Zalubowski)

He said he thinks the people of Georgia will suffer over a bill he believes is watered down.

President Trump called the move unfair, adding the organization wasn’t actually familiar with the bill when it announced its decision to relocate the game.

“Everybody was ok with it, then as soon as Stacey Abrams speaks up, they end up folding, and it should be the opposite. We have more people than they do,” President Trump stated. “The people should boycott those companies that are all of a sudden so righteous.”

The 45th President went on to say boycotts would encourage companies to return to states they themselves are boycotting. He also repeated his previous criticism of Georgia’s new election law, noting it’s less stringent than voting laws in Colorado.

MORE NEWS: McConnell: Corporations Should Not Be Intimidated By The Left