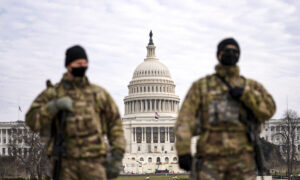 All copyrights and legal uses attributed to content are located at the article origination: The Epoch Times, President Trump Authorized National Guard for Jan. 6, But Congress and DC Did Not Order Its Use, Former Aide Says

0 38
McCarthy’s Responses to Trump’s Criticism Over Nominations for Jan. 6 Panel