President Joe Biden wrapped up his joint appearance Thursday alongside retiring Supreme Court Justice Stephen Breyer by announcing that he was not going to take any questions and handing a folded face mask to Breyer.

Biden and Breyer appeared together to formally announce the latter’s intent to retire at the end of the Supreme Court’s current session — news that was leaked on Wednesday — and Biden used the opportunity to also announce his plan to follow through on his campaign promise to nominate the first black woman to the high court.

After giving Breyer a chance to speak, Biden wrapped up the event by saying that he did not feel it would be “appropriate” to take questions with the justice present.

“Thank you all so very very much for being here,” he said, adding, “I’m not going to take any questions because I think it’s inappropriate to take questions with the justice here, he’s still sitting on the bench and —”

Biden paused then and turned, handing what appeared to be a folded white face mask to Breyer. The justice, who was wearing a mask at the time, quietly put it in his pants pocket as Biden turned back to the mic. “And you’ll have plenty of opportunities to get me later today and through the rest of the week and next week too, thank you very much.”

BIDEN: It would be “inappropriate” to take questions. pic.twitter.com/axYhZd2HN0

Critics quickly mocked Biden, asking how it was following the “science” to give what many assumed was his own used mask to Breyer.

“Joe Biden just handed his used mask to Justice Breyer who then put it in his pocket. Impeach or nah?” Dave Rubin tweeted.

“Wait why did he hand him his mask?!?” another asked.

“At the end of his event, Biden handed Justice Breyer his mask, which Breyer then put in his pocket, and Biden walked away maskless. Amazing how clueless this man is,” Caleb Hull tweeted.

But a careful review of video from the beginning of the event suggests that the mask Biden handed off might not have been his own. The president entered the room and walked straight to the lectern, where he removed his black face mask and began to speak. The mask he handed to Breyer later was white and may have been left there by the justice when he gave his remarks.

President Joe Biden reasserted his pledge to nominate a Black woman to serve on the Supreme Court, calling it “long overdue.” Biden said he will decide on a replacement for Justice Stephen Breyer by the end of February. pic.twitter.com/hIci6xhlsS

If Breyer was observing proper mask etiquette, he would have put on a new one after speaking rather than simply putting his own dirty mask back on — and if that is the case, he may have walked into the room carrying a spare. 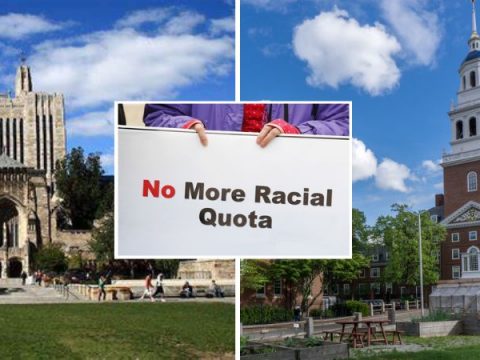 0 23
Carville: 'Strap in People' — January 6 Probe Will Expose Trump Was Behind a 'Massive Criminal Act' 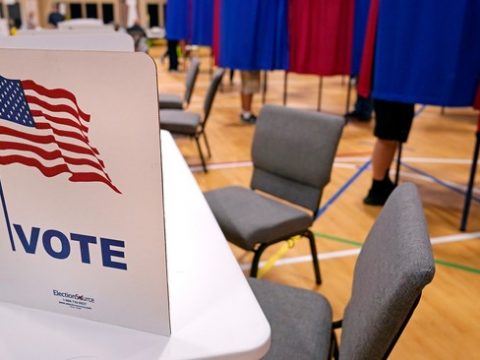