ROME — Pope Francis sent a telegram Monday to extend condolences and offer prayers for the 19 victims of a lethal fire Sunday in a Bronx high-rise.

Pope Francis “was saddened to learn of the recent devastating fire in the Bronx in which a number of children lost their lives,” the message signed by Vatican Secretary of State Cardinal Pietro Parolin reads.

“In offering heartfelt condolences and the assurance of his spiritual closeness to those affected by this tragedy, he entrusts the victims and their families to the merciful love of Almighty God and invokes upon all consolation and strength in the Lord,” the telegram, addressed to New York Cardinal Timothy Dolan, states.

Sunday’s fire claimed the lives of 19 people — 9 of whom were children — and injured another 44. New York Fire Commissioner Daniel Nigro said Monday that 13 residents of those injured remain in critical condition. 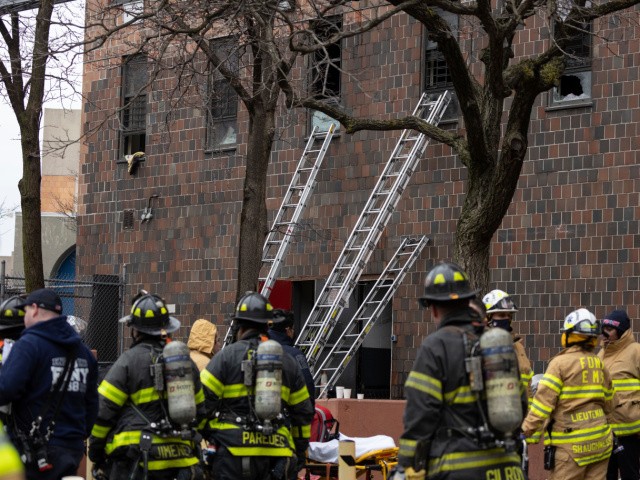 Ladders are seen erected beside the apartment building where a fire occurred in the Bronx on Sunday, Jan. 9, 2022, in New York (AP Photo/Yuki Iwamura).

“Smoke spread throughout the building, thus the tremendous loss of life and other people fighting for their lives,” Nigro stated at a news conference, noting that many were harmed from severe smoke inhalation.

“We’re all about saving lives, and the loss of one life is sad for us, much less 19 lives,” Nigro said. “On buildings like this, there are no fire escapes, there are interior stairways. So the residents should know where the stairwells are. I think some of them could not escape because of the volume of smoke.”

0 5
Biden Releases 118k Illegals Into U.S. in April – More Than the Population of His Hometown