Former secretary of state Mike Pompeo is calling on the Biden administration to deny Iran’s president a visa to enter the United States and attend U.N. ceremonies next month, citing Tehran’s active plots to assassinate him and other top U.S. officials.

Pompeo, one of the main targets of Iran’s assassination campaign, told the Washington Free Beacon in his first public comments on the matter that the Biden administration is setting a dangerous precedent by permitting Iranian president Ebrahim Raisi into America just weeks after the hardline regime threatened to “turn New York into ruins and hell” with an intercontinental ballistic missile strike.

“We worked for four years to deny Iranian terrorists the freedom to put Americans at risk,” Pompeo told the Washington Free Beacon. “This administration is allowing them to come to New York City while actively engaged in efforts to kill Americans on U.S. soil. The Iranians just recently sponsored an attack that was almost successful in killing an American in that very city. We can do better.”

The Biden administration is poised to grant Raisi entrance to America even as his hardline regime actively plots to kill Pompeo and other top U.S. officials, including former national security adviser John Bolton, who was recently the target of a murder-for-hire plot orchestrated by Iran’s Islamic Revolutionary Guards Corps (IRGC). An IRGC member was arrested by federal authorities and charged in the plot, according to documents unsealed last week by the Justice Department. Iran is also suspected to have played a role in the brutal attack on author Salman Rushdie, who was nearly killed last week when he was stabbed 10 times during a public appearance. Each of these plots has increased calls for the Biden administration to deny Raisi’s visa and end all negotiations with Iran aimed at securing a revamped version of the 2015 nuclear accord.

Pompeo joined a growing list of advocacy groups and Republican lawmakers who are pressuring the Biden administration to block Raisi from attending U.N. ceremonies in September. On Tuesday, a coalition of human-rights, Jewish advocacy, and Iranian-American groups wrote to the White House demanding that President Joe Biden deny Raisi a visa due to “the risks posed by Iran’s efforts to murder or kidnap American officials and others,” according to a copy of that letter provided to the Free Beacon.

“Iranian diplomats have repeatedly abused their diplomatic status to mastermind or further terror plots,” the organizations wrote, adding that Raisi and his delegation of Iranian officials could help advance domestic plots to kill U.S. officials like Pompeo and Bolton.

“The risk of furthering Iranian assassination plots against U.S. leaders, citizens, and guests is unacceptable, and warrants denying visas to Raisi and his delegation,” according to the letter, which is backed by the Zionist Organization of America, Iranian Americans for Liberty, StopAntisemitism.org, and the Republican Jewish Coalition, among others. “In addition, granting visas to Ayatollah Raisi and his entourage would endanger national security by undermining your administration’s stated commitment to prioritize human rights, and would send a message that a mass murderer may be tolerated.”

The State Department maintains it is bound by its agreements with the United Nations to grant visas to Raisi and his Iranian delegation.

The United States is “generally obligated under the United Nations Headquarters Agreement to facilitate travel,” a State Department spokesman told Jewish News Service. “We take our obligations under the U.N. Headquarters Agreement seriously. At the same time, the Biden administration has not and will not waver in protecting and defending all Americans against threats of violence and terrorism.”

The United States is permitted under its agreement with the United Nations, however, to deny visas based on a “security reservation,” the advocacy groups note in their letter.

The State Department would not respond to additional questions from the Free Beacon about the assassination plots and precautions it may be taking with regards to the Iranian diplomatic delegation.

Republican senators have also pressed the Biden administration to deny Raisi a visa due to the threat posed to U.S. officials like Pompeo and Bolton.

“Raisi’s involvement in mass murder and the Iranian regime’s campaign to assassinate U.S. officials on American soil make allowing Raisi and his henchmen to enter our country an inexcusable threat to national security,” the letter states. 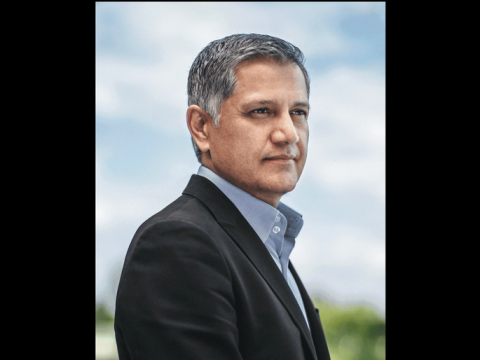