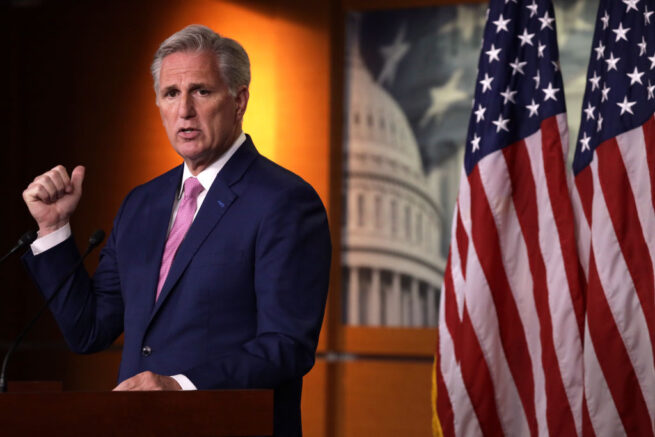 A new poll showed that House Minority Leader Kevin McCarthy’s popularity among the GOP is higher than past GOP leaders. An Axios Survey Monkey poll found McCarthy had a 22 point net favorability rating among Republicans and those who leaned with the party.

This was in contrast to a poll from Civiqs, which showed former House Speaker Paul Ryan leaving his post in 2019 with a -24 point net favorability.

In the meantime, a Gallup Poll found former House Speaker John Boehner left his post in 2015 with a net favorability rating at -31 points among all parties.

Meanwhile, it’s widely speculated McCarthy will run for the House speakership position after the next midterm elections.