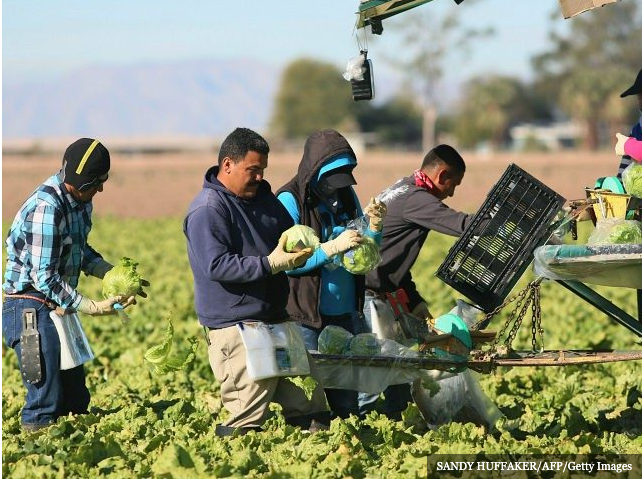 A May 2020 question asked respondents if they favored admitting more foreign workers for blue collar jobs, just 54 percent of Democrats agreed that it is “better for businesses to raise the pay and try harder to recruit non-working Americans even if it causes prices to rise.”

Similarly, in the May poll, 33 percent of Democrats said they preferred government to “bring in new foreign workers to help keep business costs and prices down.” In November, the response dropped 1o points to 23 percent, and the share of Democrats favoring cheap labor migration dropped from one-third to one-quarter.

The November poll showed few significant shifts among Republicans, “other” voters, or moderates.

The Democratic shift towards pro-American migration policies is bad political news for Democratic leaders who expect Democratic legislators to import more cheap labor for special interests, such as New York City, and for establishment donors, such as the investors at FWD.us, the Business Roundtable, or the U.S. Chamber of Commerce.

Just 19 percent of all voters support the establishment’s preference for importing foreign workers. Sixty-six percent prefer the populist demand for “businesses to raise the pay and try harder to recruit non-working Americans,” according to the Rasmussen data.

That is 3.5-to-1 opposition — and the GOP is hoping to win a House majority in just 24 months.

Many other polls show deep and broad opposition to cheap labor migration — and to the inflow of temporary contract workers — such as H-1B and OPT workers — for the technology and management jobs sought by American graduates.

The Rasmussen “Immigration Index” is a fever chart of the public’s fluctuating priorities on immigration limits. For example, when President Donald Trump enforced the law, the chart ran high with increased Democratic opposition. But with Biden heading towards the White House — while threatening to loosen border controls — Democrats are not voicing more support for the border curbs that protect their jobs and wages from ruthless CEOs and desperate migrants.

The Rasmussen index is a fever chart of the public’s contradictory feelings towards immigration limits. For example, when President Donald Trump enforced the law, the chart ran high with increased Democratic opposition.

When businesses say they are having trouble finding Americans to take jobs in construction, manufacturing, hospitality and other service work, 66% of voters [up from 64 percent in May, 2020] say it is better for the country if these businesses raise the pay and try harder to recruit non-working Americans even if it causes prices to rise. Just 19% disagree [vs. 23 percent in May] and say it’s better for the country if the government brings in new foreign workers to help keep business costs and prices down. This is a new high and ties the low for this question. Sixteen percent (16%) are undecided.

Migration moves money from employees to employers, from families to investors, from young to old, from children to their parents, from homebuyers to real estate investors, and from the central states to the coastal states.