The spending breaks the organization’s previous $45 million in 2020, according to the Associated Press.

“Who wins in these midterm elections will determine whether a state has access to abortion and potentially determine whether we will face a national abortion ban,” Jenny Lawson, the executive director of Planned Parenthood Votes, told AP.  “We will be clear about who is on which side.”

“We say this every cycle: ‘This is the important election,’” Amy Kennedy, a spokesperson for Planned Parenthood Votes in Georgia, told AP.  “For us, this really is the most important election cycle of our life.”

After Roe fell, several states passed restrictions on abortion. The abortion clinic at the center of the case, Jackson Women’s Health Organization, shut down for good and sold the building after Mississippi enacted a trigger law.

“When people go to vote this November, nearly half of the folks voting could be living in a state that either has already banned abortion or is quickly moving to ban abortion. These are entirely new circumstances,” Lawson said. “There are a lot of issues people care about, certainly, but the state of abortion access is absolutely one of the defining issues this November.”

In the Dobbs case, the Supreme Court found that there was no Constitutional right to abortion established by Roe. Both Roe and 1992 abortion case Planned Parenthood v. Casey were overturned as a result. Justice Samuel Alito wrote the majority opinion for the case.

The Constitution does not confer a right to abortion; Roe and Casey are overruled; and the authority to regulate abortion is returned to the people and their elected representatives.

In the opinion, Alito pointed to Plessy v. Ferguson, an 1896 decision that claimed that “separate but equal” did not violate the U.S. Constitution. In 1954, Brown v. Board of Education overturned it.

Like the infamous decision in Plessy v. Ferguson, Roe was also egregiously wrong and on a collision course with the Constitution from the day it was decided. Casey perpetuated its errors, calling both sides of the national controversy to resolve their debate, but in doing so, Casey necessarily declared a winning side. Those on the losing side—those who sought to advance the State’s interest in fetal life—could no longer seek to persuade their elected representatives to adopt policies consistent with their views. The Court short-circuited the democratic process by closing it to the large number of Americans who disagreed with Roe. 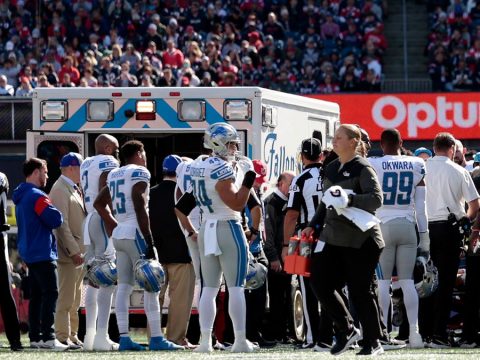