Pop singer Pink is unhappy with how things are going in the country, and her newest single, “Irrelevant,” fully reflects those feelings.

The pre-chorus says, “You can call me irrelevant, insignificant/You can try to make me small/I’ll be your heretic, You f***ing hypocrite/I won’t think of you at all.”

“Sticks and stones and all that s***/Does Jesus love the ignorant?/I like to think he’d gladly take us all,” the song continues.

During the bridge, Pink, whose real name is Alecia Beth Moore, sings, “Girls just wanna have rights/So, why do we have to fight,” referring to the historic Supreme Court decision that led to Roe v. Wade being overturned and abortion laws becoming decided by the states.

The music video leaves nothing up to interpretation. Images of pro-abortion marches and racial justice demonstrations are highlighted in the beginning. Next, Pink adds footage of the conservative Supreme Court justices being sworn in before cutting to images of Adolf Hitler, Nazi Germany, and the Ku Klux Klan. There are references to George Floyd and school shootings as well.

Activists like Tarana Burke and boxing legend Muhammad Ali appear in the music video, along with images of political figures such as Rudy Giuliani and former President Donald Trump, who appear while Pink sings “I’ll be a heretic / you f***ing hypocrite.”

“Irrelevant” comes just a few weeks after Pink publicly denounced fans who hold particular views and instructed them to stop listening to her music.

“Let’s be clear: if you believe the government belongs in a woman’s uterus, a gay persons business or marriage, or that racism is okay- THEN PLEASE IN THE NAME OF YOUR LORD NEVER F***ING LISTEN TO MY MUSIC AGAIN,” she shared to social media June 25, the day after Roe v. Wade was overturned.

After getting a lot of criticism, the singer followed up with a subsequent tweet: “I think all of our nerves are collectively fried from so many years of racism, misogyny, homophobia, etc. +pandemics, mass shootings, wars and the total lunacy, hypocrisy, ignorance of the GOP-it’s all a bit much. But we will stick together. Good will prevail over evil.”

Next, she wrote, “And to all of you sad, old white men asking me if I still make music. I realize you’re out of touch- so ask your kids…. Oh wait- you can’t. They hate you.”

Per Billboard, proceeds from the song are being donated to Michelle Obama’s When We All Vote organization. 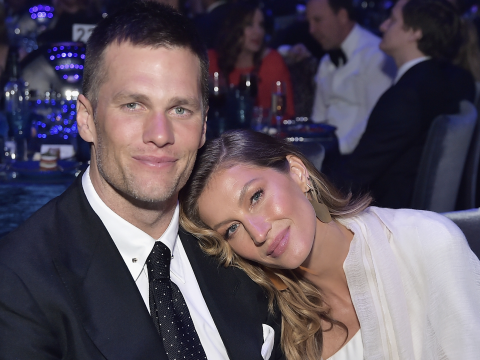 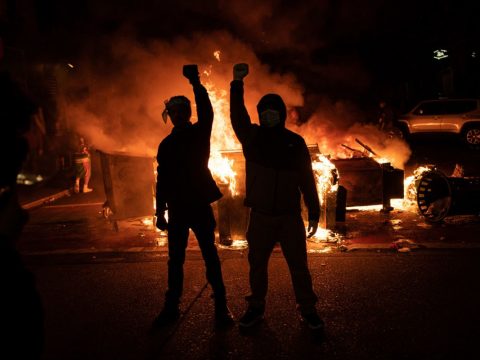