When I say [that the university must support the full] intellectual spectrum, I mean [that the teachers will
have] published different things, scholarly outlooks, different epistemologies, different ways to approach
problems, and it’s needed because our institutions now have been hijacked by maniacs.
Former Portland State University Philosophy Professor Peter Boghossian

On Sept. 8. 2021 self-described liberal assistant professor of philosophy at Portland State University, Peter Boghossian, resigned his position, citing the retaliation he faced after speaking out against the illiberalism that had swallowed the university. In fact, professor Boghossian’s problems began years ago with his participation in the “Sokol Squared” scandal that consisted in the submission of patently absurd paper to academic journals in gender studies and related fields in order to show that they have little or no academic standards. One of these papers, “Human Reaction to Rape Culture and Queer Performativity at Urban Dog Parks in Portland, Oregon”, which was published in Gender, Place and Culture, claims to be based on observation of canine rape culture in a Portland dog park. The article asks the question, “Do dogs suffer oppression based upon (perceived) gender?” That is, the article explored the pressing question whether human beings oppress “queer” pooches that sexually assault other pooches. By the time the scandal was revealed seven of the twenty absurd papers had been accepted, seven were still undergoing review and six had been rejected. One of the paper that had been accepted by feminist social work journal, Affilia, incorporated passages from Hitler’s Mein Kampf that had been translated into the current jargon of these academic “fields.” It is not necessary to explain the moral of that story.

Naturally, having exposed the appalling standards in certain privileged parts of the academic world, PSU initiated a research misconduct inquiry into Boghossian’s actions and, according to the Chronicle of Higher Education, concluded that he violated the ethical guidelines by conducting research on human subjects without approval. PSU also indicated that it is considering the further charge that he had “falsified data”.

Fortunately, several of the leading academics in the world, including evolutionary biologist Richard Dawkins, Harvard psychologist Steven Pinker, mathematician-physicist Alan Sokal, philosopher Daniel Dennett, social psychologist Jonathan Haidt, and psychologist Jordan Peterson, each of whom have, as measured by the objective standards painstakingly worked out over many centuries, made significant genuine contributions to their own academic fields, defended Boghossian. Dawkins stated that “to pretend that … [the “Sokol Squared”] satire … is a matter of publishing false data is so obviously ridiculous that one cannot help suspecting an ulterior motive.” Peterson stated that it was those pursuing the allegations against Boghossian, not Boghossian, who were guilty of academic misconduct. For, in fact, Boghossian’s real sin had been to expose the appalling low standards in privileged parts of the academic community, the same privileged part, by the way, that regularly employs the same appallingly lows standards to “discover” grievous fault with the United States and its people (the country and people that built the universities that gifted many of them their jobs and “degrees”).

Boghossian’s target is not liberalism in the universities: “It’s not liberals who have taken over the institutions. It’s authoritarians who have taken over the … traditional academic institutions.” A genuine liberal will welcome spirited debate with the Marxist on their Left and the conservative on the Right because, in arguments tracing back to John Stuart Mill’s famous essay “On Liberty,” a genuine liberal realizes that this is how we learn. Socrates, in Plato’s Gorgias (458a2-b1) argues that it is better to lose an argument than to win one because one learns something when one loses. Unfortunately, the authoritarians who have “hijacked” our universities have elected not to learn anything by refusing to engage in free and fair discussions with those who hold different positions – a foolproof recipe for fraudulent success.

It would appear that, like his philosophical hero, Socrates, Boghossian has been punished for attempting to corrupt the youth by having free and fair discussions with them. Unfortunately, nothing has changed since Socrates’ day. Since the academic Left has willfully chosen ignorance, professor Boghossian and others, including the liberal journalist Bari Weiss (who resigned from the New York Times as a protest against similar intolerance there), announced the founding of a new university, The University of Austin, dedicated to the principles of tolerance and free speech that used to be taken for granted in free societies. The first president of this new university, former president of St. John’s College Pano Kanelos, in the article on Bari Weiss’ newsletter, states that “We are done waiting for the legacy universities to right themselves. And so we are building anew.” Since the corrupted university establishment has been “hijacked by [authoritarian] maniacs” it has become necessary to create a new university “based upon free speech, free inquiry, the open exchange of ideas.” Imagine that! A university where people of different persuasions actually talk to and learn from each other. Who ever heard of such a thing!

Boghossian opines it will not be difficult to find people for this new university. People “are desperate to get out. They can’t stand the illiberalism. They can’t stand the censoriousness, they can’t stand the diversity statements. They can’t stand pretending to believe something that … they do not believe [and] know it is false [emphasis added], but they can’t do anything about it lest they [be accused of] bigotry or discrimination.” Boghossian has even says he would be willing to “work for half” his salary to escape the authoritarianism. There is however a silver lining in Boghossian’s diagnosis of the current university environment. Prof. Boghossian implies that the universities are really not as silly as they seem. There are lots of reasonable faculty there that would love to escape. The universities only appear to be completely lost because the reasonable people there are cowed by authoritarian bullies. 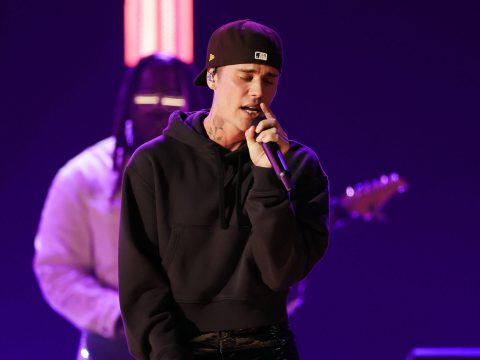 […] the decline of our universities has devalued all degrees, consider this special case involving various […]

[…] the decline of our universities has devalued all degrees, consider this special case involving various […]

[…] doubt, this is why these are the favorite kinds of arguments in what remains of our universities, where, apparently, no one takes logic or critical reasoning texts seriously anymore because they […]

What The Martha’s Vineyard Farce Means For Republicans – Conservative Newsie

[…] doubt, this is why these are the favorite kinds of arguments in what remains of our universities, where, apparently, no one takes logic or critical reasoning texts seriously anymore because they […]

Coulter Shouted Down at Cornell: What to Make of the Shouters? – ConservativeNewsBriefing

[…] children now screaming at Cornell and other universities are not even a tragedy.  They are part of the eternal comedy of youth, […]

AmericanThinker: Coulter Shouted Down at Cornell: What to Make of the Shouters? - wlvrns!

[…] children now screaming at Cornell and other universities are not even a tragedy. They are part of the eternal comedy of youth, who, believing that because […]