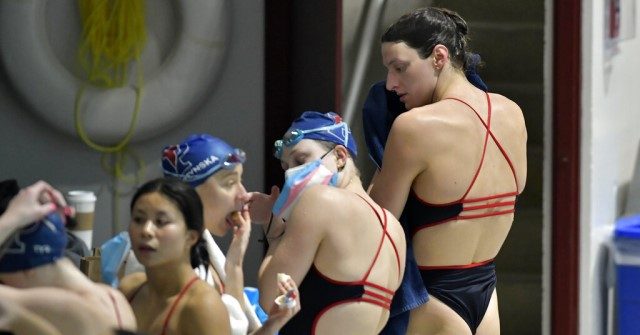 The Republican-dominated Pennsylvania House passed a bill on Tuesday that would ban males who identify as females from playing in K-12 girl’s and collegiate women’s sports.

The Fairness in Women’s Sports Act or HB972 passed 115-84 after state House members spoke in support or opposition for an hour and twenty minutes, the Daily Item reported. A similar bill is already pending in the Senate, SB 1191, where Republicans also outweigh Democrats. Democrat Gov. Tom Wolf tweeted during deliberations, threatening to veto the bill if it passes.

“It won’t get past my desk,” Wolf wrote in part.

As states across the country push transphobic legislation, some Republicans in the General Assembly are wasting time attempting the same in Pennsylvania.

It won’t get past my desk.

Instead, the far-left governor spoke in support of another bill that would “enhance protections for LGBTQ+ Pennsylvanians.” According to the Daily Item, HB300 would “amend the state Human Relations Act to add protections against discrimination based on sex, sexual orientation, gender identity, or expression.”

The GOP-led legislation’s main sponsor, state Rep. Barbara Gleim, cited “Lia” Thomas as an example of why the Fairness in Women’s Sports Act is necessary. Thomas, a man who says he is a woman, has been competing on the University of Pennsylvania’s women’s swimming team and has snagged titles from actual women due to his obvious biological advantages.

“Women lose out on a fair playing field when forced to compete against biological men,” Gleim said.

State Rep. Joseph Hohenstein, who claims his child identifies as transgender, said the bill is a “solution looking for a problem,” the report states.

“This piece of legislation attacks my child and others like them simply because of who they are and how they choose to express their humanity,” Hohenstein said.

Republicans passed the bill just a few days after a group of Olympic and NCAA champions joined together to release a letter demanding action to protect women’s sports in the wake of Thomas’ major victories. Nearly 40 retired swimmers, including several Olympians, former NCAA champions, and even a USA Swimming team director, and others all raise serious questions about the NCAA’s rules governing transgender athletes, according to MSN.com.

“It’s hard to express the anguish the women’s swim community has experienced this past week watching the 2022 NCAA Swim & Dive Championships,” the letter states.

Former NCAA champion Marshi Smith told Fox News that the group decided to speak out now because “individually we felt like we didn’t have a voice. We weren’t being asked our opinions or possible solutions to what was going on.”

Besides ordering schools to designate sports teams as male, female, coed, or mixed, the bill would also ensure any student “deprived of an athletic opportunity or who suffers a direct or indirect harm” as a result of a known violation, may sue the school or college, according to the bill’s text. Students who are retaliated against for reporting a law violation may also sue the offending school, institution, or athletic association or organization.

Likewise, a school or institution of higher education that suffers harm may sue the offending government entity, licensing or accrediting organization, or athletic association or organization.

0 2
Alex Marlow: TikTok Is a Chinese Weapon Pointed at American Kids to Distract Them