U.S. Capitol Police officers who protected the building during the events of Jan. 6 will get the Congressional Gold Medal, House Speaker Nancy Pelosi (D-Calif.) announced Thursday.

One officer, Brian Sicknick, died from injuries sustained during the attack on the Capitol. Capitol officer Howard Liebengood and Metropolitan officer Jeffrey Smith committed suicide soon after the breach. Eugene Goodman, another officer, was shown during the impeachment trial to have successfully guided Sen. Mitt Romney (R-Utah) back to the Senate chamber on the fateful day.

“That is why I am putting forth a resolution, introducing legislation to pay tribute to the Capitol Police and other law enforcement personnel who protected the Capitol by giving them a Congressional Gold Medal, the highest honor that Congress can bestow.”

Legislators previously proposed awarding Goodman the Congressional Medal “for his bravery and quick thinking during” the Capitol breach.

After encountering Romney, Goodman ran into rioters and moved them away from where lawmakers were sheltering in place.

“When he was the only thing standing between Members of Congress and the violent mob, he quickly and selflessly redirected their fury upon himself so those Members could escape. Thanks to his valor, we are here today. From the bottom of my heart, I cannot thank him enough for his bravery and for his dedication to the call of duty,” Rep. Nancy Mace (R-S.C.) said last month.

Pelosi promised Thursday that members of Congress wouldn’t forget what officers did on Jan. 6.

“The service of the Capital Police force that day brings honor to our democracy and their accepting this reward brings luster to this medal. We must all remember their sacrifice and stay vigilant against what I’ve said before about what Abraham Lincoln said, ‘the silent artillery of time.’ We will never forget,” she said.

Sicknick lay in honor in the Capitol Rotunda last week and was celebrated by lawmakers for his service.

Pelosi highlighted Sicknick and Goodman but said the medal would also honor other demonstrations of courage from officers on Jan. 6.

An honor guard carries an urn with the cremated remains of U.S. Capitol Police officer Brian Sicknick and a folded American flag up the steps of the U.S Capitol to lie in honor in the Rotunda, in Washington, on Feb. 2, 2021. (Alex Brandon/ Pool/AP Photo) 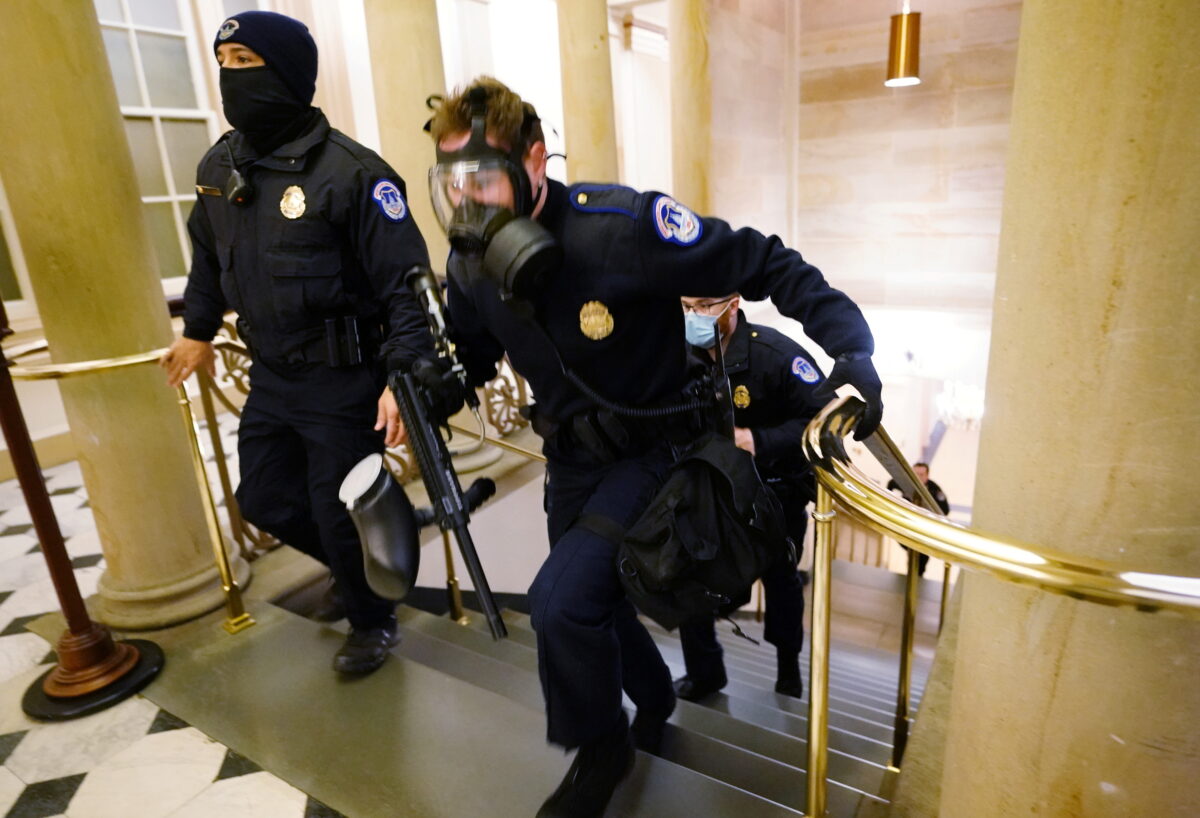 U.S. Capitol police officers take positions as a subgroup of protestors enter the Capitol building during a joint session of Congress in Washington on Jan. 6, 2021. (Kevin Dietsch/Pool via Reuters)

According to the Capitol Police officers union, about 140 law enforcement officers were injured that day.

“I have officers who were not issued helmets prior to the attack who have sustained head injuries,” Gus Papathanasiou, union chairman, said in a statement last month. “One officer has two cracked ribs and two smashed spinal discs and another was stabbed with a metal fence stake, to name some of the injuries.”

“Many more sustained injuries from the assault—scratches, bruises, eyes burning from bear mace—that they did not even bother to report,” D.C. Police Chief Robert Contee told lawmakers during a recent hearing.

Papathanasiou described officers as “angry” that the force wasn’t better prepared for what happened.

The head of the agency resigned in mid-January and was replaced by Yogananda Pittman, who has said the force made mistakes in the days leading up to the breach.

Pittman and other leaders face a vote of no confidence this week, the agency acknowledged in a statement on Wednesday.

“Though the vote does not compel any specific action, it does speak to the sentiment and concerns of some of our officers that our senior commanders are working to address,” it said.

Papathanasiou said in a statement that the union felt there was no other choice, adding: “The leadership has failed us, and we have paid a terrible price.” 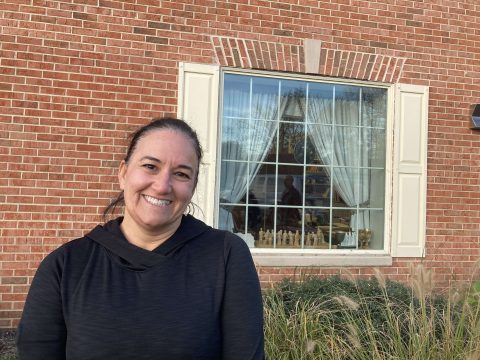 0 44
‘I Think We Are in a Unique Time’: Voters From Coast to Coast Cast Ballots in Person on Election Day

0 19
AOC: Referring To ‘Surge’ Of Illegal Immigration Is ‘Militaristic,’ ‘A White Supremacist Idea’