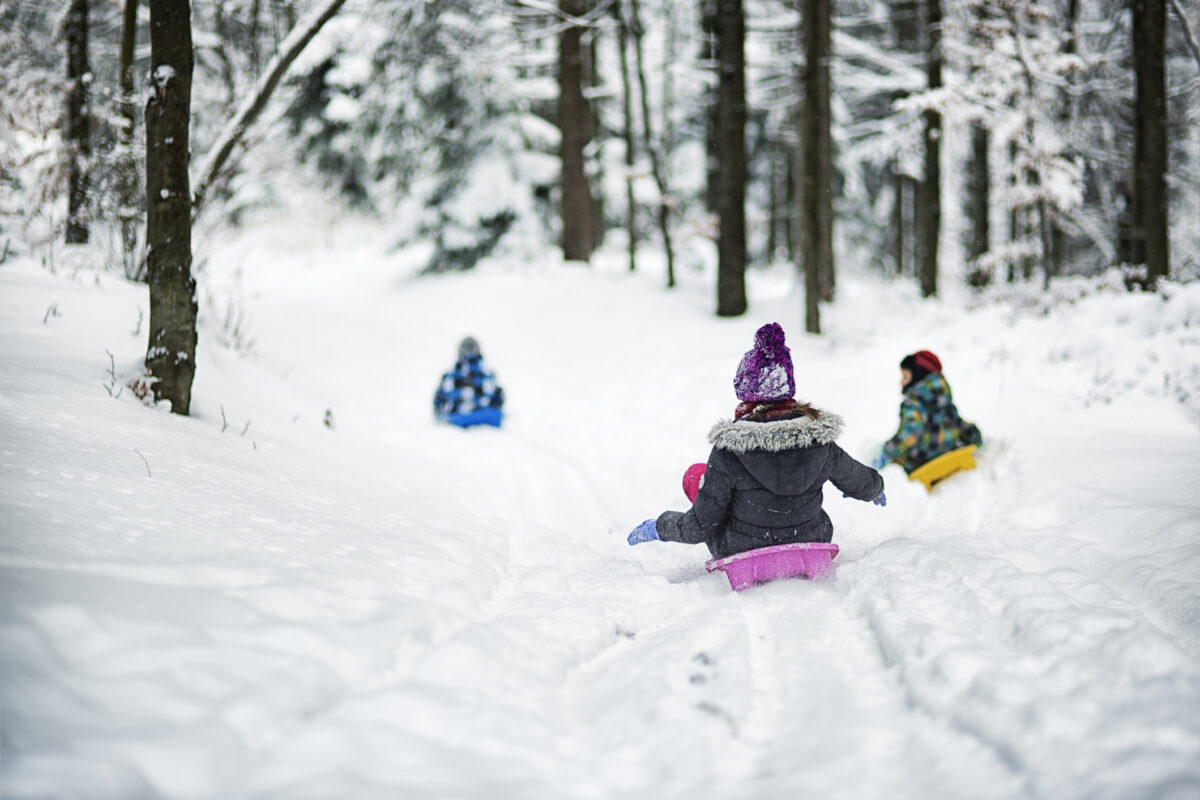 A New Jersey mother, frustrated her son’s school had not reopened for in-person learning, sent numerous messages to the school district, prompting the assistant superintendent of the district to answer her with an email containing two photos: one of the mother accompanied by four other moms outside without masks and the other showing the woman’s son sledding with 15 other children without masks.

For instance, we know that parents and students are not following the same CDC guidelines that you continue to share with us that detail the importance of social distancing and mask wearing. … Case in point, we were provided a number of photos that illustrate the precise reason our school community remains in Phase 1 (virtual). As you can see from the attached photos, you and four other adults appear in close proximity without a mask. Further, the second photo illustrates 16 children all in close proximity without mask.

He added, “Bottom line, we will not subject our school community to the potential risk and exposure that results from the blatant failure to follow the same guidelines you are asking us to reference.”

“The photo attachments included by the Middlesex Borough school official included parents with their faces blocked with purple. The parent in the center was the person who complained to the district and her face was not obscured,” NJ.com reported.

District Superintendent Frederick Williams said neither he nor Rafalowski, who said the photos were “sent to us as evidence to validate our concern” after being posted on Facebook, knew the names of the children in the photos. He added that the children’s faces had been blurred in the photo. He stated, “This (email) was about, ‘Let’s wear face coverings. Let’s reduce the spread.’ None of my administrators target children or retaliate.”

The mother who initiated the exchange informed members of the community about the email, triggering anger from parents who felt their children’s privacy had been violated.

One parent, Roger Sanchez, wrote to members of the borough’s council and school board, “My son is one of the 16 pictured. He is 7 years old. He was outside. Snow sledding. With some friends. On private property. It was worrisome to see my son’s image used that way, to say the least,” as NJ.com noted.

Sanchez told Patch, “My breath was taken away. I hope a parent never has to feel how I felt. The kids were running around, out playing in the snow outdoors. They posed for a photo. The point is a government body should never be allowed to document the lives of private citizens and their children.”

Another parent, Robby McQuone, echoed that the school district was “very unprofessional and out of line sending pictures of our kids to another parent.”

“My children were in the photo. My wife and I are very upset over this matter,” said McQuone.

Sanchez added, “This is how Dr. Williams and Rafalowski deal with a very vocal group of parents. They deal with them by sending them threatening photos of their kids. Parents have been testifying, saying, ‘My children are punching a wall; my son can’t read.’ Parents are literally crying. All we’re doing is looking for help for our children. And this is his response. He even referenced the album the Facebook photos were taken from. Almost as if to say ‘Shut up. We are watching you.’”

Middlesex Mayor John Madden commented, “The pictures that were sent around were very inappropriate. I find it very unacceptable and very unprofessional.” He added, “I feel very bad for the parents. They’re very passionate about their kids getting back to school and I understand they are reaching out in frustration. But there isn’t any action we can take. We have to abide by the laws.”

Middlesex borough councilman Jeremiah Carnes wants either an apology or resignation from Rafalowski and the superintendent.

“Speaking as a parent, I’m just very disappointed with how they treat their residents,” said Carnes. “It’s how they talk to people. They have this ‘I don’t give a crap’ type of attitude. And they are supposed to be the ones leading us through this hard time.”

Carnes has three children; his oldest attends a hybrid school in another district, but his six-year-old daughter has not been allowed to attend an in-person class since kindergarten of last year. He said, “It’s my daughter’s mental health: She’s been acting out, crying, frustrated. Her behavior is not her normal self. And she gets distracted by toys; she doesn’t watch the screen or follow what is happening. How can she? She’s six. And I have a one-and-a-half-year old to watch, so I can’t always help her. Her entire first grade has been virtual.”