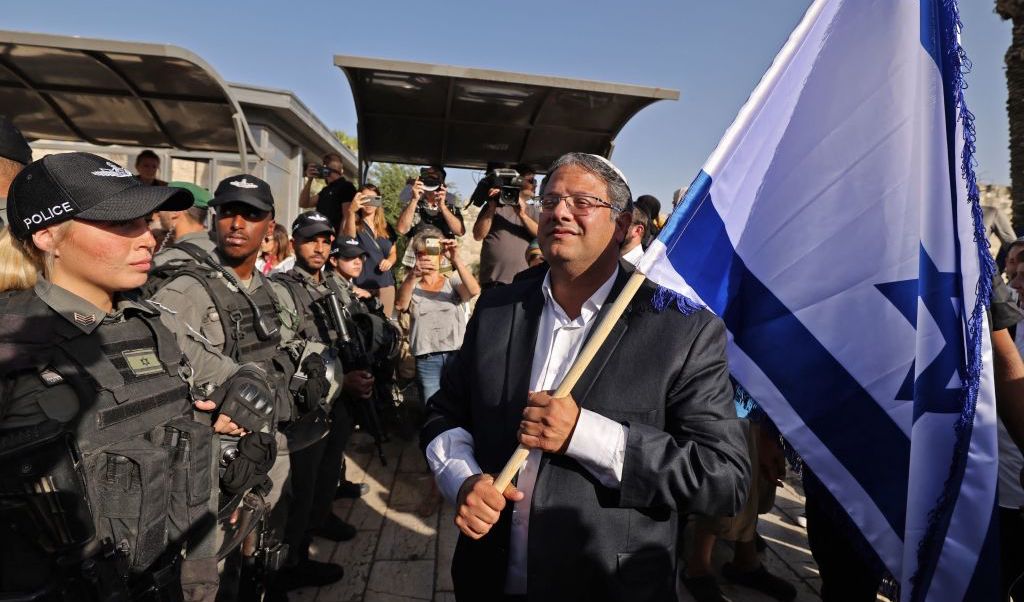 The Palestinian Liberation Organization (PLO) is pushing Israel’s government to cancel a planned march in celebration of Jerusalem Day that has already been postponed twice.

The PLO put out a statement Sunday warning of an “explosion” if the Flag March takes place Tuesday as planned, according to YNet. The march was previously scheduled to take place Thursday last week, but was canceled by the Israeli government at the urging of the Israeli police. Police Commissioner Kobi Shabtai said that the march should be canceled after Hamas, a terror group located in the Gaza strip, threatened violence if the march took place.

Israeli lawmaker Itamar Ben Gvir, head of the right-wing Otzma Yehudit party, called for Israel’s police chief to resign on Thursday over his handling of a canceled Jerusalem Day march. The Israeli lawmaker said that by postponing the march, Israel was allowing Hamas to have undue influence over Israeli policy.

Shabtai accused Ben Gvir, a member of the Knesset, of threatening to harm “public order” after the lawmaker pledged to lead the Flag March through Jerusalem’s Old City whether the government approved or not.

Ben Gvir spoke out against the commissioner and government’s decision to move the Flag March’s date to Tuesday. The Flag March was originally set to take place on May 10, but it was canceled last minute as Hamas, an internationally recognized terror group, fired hundreds of rockets at Israel from the Gaza Strip. The new date was set for a month later on June 10, but Shabtai and some Israeli lawmakers began to push to cancel the Flag March a second time over threats from Hamas.

Ben Gvir slammed Shabtai and other lawmakers for canceling the march for a second time, accusing them of tacitly acceding to terrorists’ demands and allowing Hamas to have undue influence on the way Israel is governed. Ben Gvir also said he planned to lead the Flag March through the Damascus Gate and along its original route through the Old City whether the commissioner approved or not.

Shabtai said that the lawmaker’s plans could spark violence, and he added that he would hold Ben Gvir responsible if activists followed him and violence broke out. Ben Gvir backed off his plans, saying he would not defy the police and instead went to the Damascus Gate and slammed Shabtai, calling for his removal from office.

“This is the end of democracy. The Commissioner has failed to deal with the rioters in Lod, the south and the Temple Mount, and now, in an unprecedented decision, he is violating the immunity of Knesset members,” Ben Gvir said last week. Members of Israel’s parliament are protected by “immunity laws” that allow lawmakers to travel anywhere in Israel with few exceptions without being stopped by the police.

Ben Gvir called on then-Prime Minister Benjamin Netanyahu to reverse his decision to postpone the Flag March and said that Shabtai should be fired as police commissioner. Netanyahu lost his prime ministership after 12 consecutive years in a Sunday vote in the Knesset.